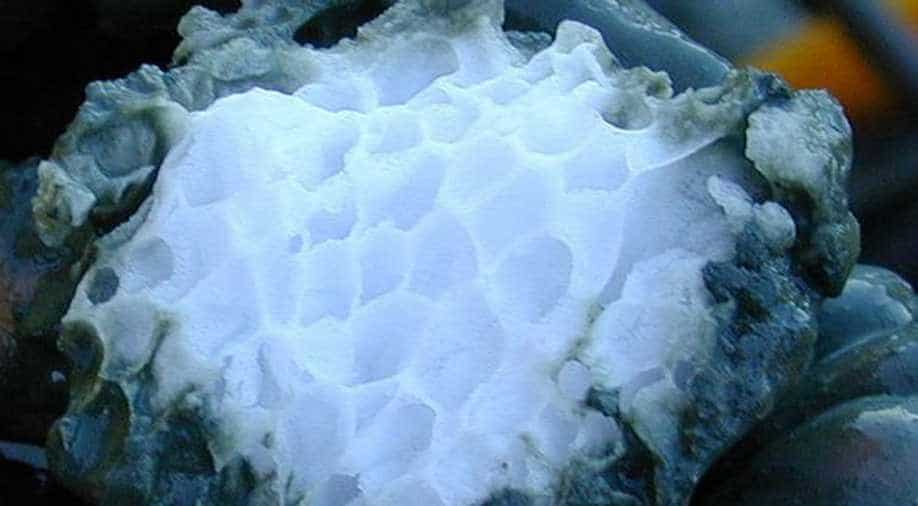 Gas hydrate, if developed and tapped economically and in an environmentally safe manner, could be a global energy game changer Photograph:( Others )

With the economy growing in India, the country's energy demands are also spiraling up. India’s energy demand is set to accelerate because of its energy-intensive economic activities, particularly, in the industrial sectors, such as iron and steel, cement and petrochemicals. International Energy Agency expects India to overtake China as the single largest source of global energy demand by the mid-2020s.

One of the biggest challenges India faces in the energy sector is to ensure energy access to all at affordable prices.

In its march towards energy transition, India is expected to build upon its dependence on fossil fuels, which meets 92 per cent of India’s energy demand, with coal having the largest share at 58 per cent followed by oil and natural gas at 28 per cent and 6 per cent respectively.

While efforts would be there to increase domestic production of hydrocarbons with reduced dependence on imported energy, greater emphasis would be given to increase the share of natural gas in the energy front

But the energy scenario in India, and all over the world, got even more complicated with three major developments: Paris Summit, Donald Trump and the Vienna deal.

For the first time, both developed and developing countries agreed in the COP 21 Paris Summit to take some mitigation action to reduce emission levels. Based on this agreement India has set its emission targets for 2030 too. The Paris Summit gives us some hope that there is a chance to revive the global climate.

Donald Trump's victory in the US election early November could negatively impact the global efforts towards climate deal. Trump has called global warming a ‘hoax’ and threatened to cancel COP 21 Paris Summit. India could feel the pinch with insufficient investments pouring in for its clean energy initiative.

The third major development was the Vienna Deal that came at the end of November; the OPEC members and non-OPEC countries agreed to cut their production to ease global oil glut. This so far has helped oil prices to rebalance significantly to the highest level since June 2015 when West Texas Intermediate crude settled at $52.83/bbl in the New York Mercantile Exchange. With the price of oil rising, it could really put to test India’s growing dependence on imported crude.

While all these events have implications on India’s energy strategy, the country is expected to move ahead with its energy agenda as set at COP 21 Summit in December 2015.

Similarly, with the renewable energy goals set at 175 GW by 2022, efforts should be made to increase the capacities and take advantage of falling prices of solar energy, for instance. India's objective is to produce 40 per cent of power from non-fossil fuels by 2030.

In pursuit of its energy goals, as highlighted by Prime Minister Modi, another big challenge India may face is the availability of finances for investments across its entire energy value chain. Such investments are not only important for enhancing domestic production of hydrocarbons but also towards smoother energy transition in the future.

In the case of hydrocarbons, low global oil prices have resulted in significant cuts in capital investments in hydrocarbon sectors, resulting in a sharp fall in domestic production. In the latest Global Petroleum Survey 2016, carried out by the Fraser Institute, India continues to rank low in the Policy Perception Index score; this makes India look as somewhat less attractive to investors in comparison to those with scores in the first and second quintiles. The major challenge in this sector, according to the index, has been the delay in getting environmental clearances and bureaucratic hurdles.

Addressing the above challenges in both the conventional and non-conventional hydrocarbons should be the topmost agenda which could improve the investment climate.

The plans to look for natural gas hydrates - an icy form of the fuel - have been initiated by Gas Authority of India Limited (GAIl) with the support of Ministry of Petroleum & Natural Gas. The GAIL, in collaboration with the United States Geological Survey and Japan, has discovered highly enriched accumulations of gas hydrate in the Bay of Bengal region. The amount of gas within the world’s gas hydrate accumulations is estimated to greatly exceed the volume of all known global fossil fuels combined.

Hydrate Energy International has estimated that the gas hydrate potential in India is 933 trillion cubic feet, which is quite significant. If developed and tapped economically and in an environmentally safe manner, this could be a global energy game changer.

It is, therefore, important for the government to push harder for gas hydrate research through sufficient funding and active participation of the hydrocarbon industry. But given the early stage of research and development of gas hydrates across the globe, India shall have to wait for at least a decade and a half for any commercial production to start.

Therefore, it would be prudent for Indian lawmakers to address in advance the emerging challenges that are bound to rise in due course while moving ahead with effective implementation of the energy policy. Only this would help India to move towards sustainable energy future.

(Disclaimer: Views are of the author's and not of WION) 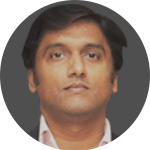 Manish Vaid is a Junior Fellow with the Observer Research Foundation. His research interests are in energy policy and geopolitics.