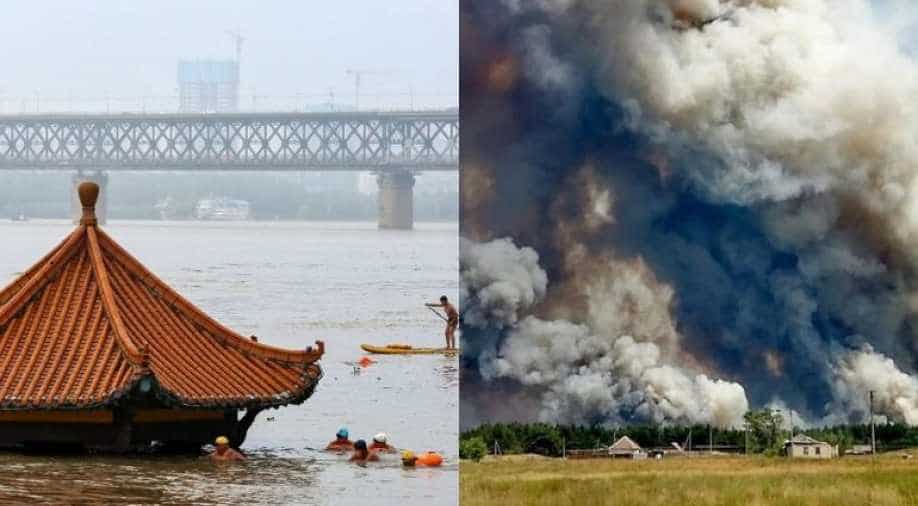 Superstorms, landslides, heatwaves and raging wildfires have occurred even as the world battles the pandemic.

Superstorms, landslides, heat waves and raging wildfires have occurred even as the world battles the pandemic.

Rescue teams have been scrambling in the country, although not in full strength. They are fighting a war in multiple fronts as heavy rainfall continues to batter large parts of China.

On Wednesday, a landslide buried nine people in Hubei province. So far, more than 100 people have been killed in floods caused by the worst storm in decades.

In the affected areas rainfall is two to three times higher than normal. A dam in south-eastern China opened its gates for the first time in nine years to lower water levels. It is a difficult time for students sitting for the national college entrance exam or the Gaokao. Nearly 11 million students are taking the exam this year.

Floods and landslides have killed at least 58 people in Japan. Heavy rains have caused rivers to burst their bank. Floods have swept away bridges and submerged houses. Now, entire south-western Japan is on high alert.

More torrential rain is expected in the coming days. An emergency warning has been raised to the second-highest level. About 3.6 million people have been advised to evacuate.

The wildfire in the US state of Nevada has now doubled in size. So far, it has engulfed 18,000 acres of land near Carson city. Aerial crews are helping more than 400 firefighters on the ground battling the blaze. Residents in the neighbouring areas are being evacuated.

Another huge wildfire is burning in northern California. On July 4, America's independence day -- firefighters battled over 60 wildfires near Fairfield.

A forest fire has killed six people in eastern Ukraine. The fire broke out in the Luhansk region and spread over 200 acres. It is partially under the control of pro-Russia separatists.

More than 120 houses were burnt down close to the battlefront between the separatists and Ukrainian forces. Water-bombing planes have been sent to put out the blaze.

Russia is sweltering in unusually high temperatures. Heatwaves struck capital Moscow and four other regions. In Moscow -- special cooling rooms have been set up around the city. With temperatures soaring above 30 degrees celsius.

Authorities have declared an orange danger level. In several parts of Russia -- wildfires are intensifying due to the heat.