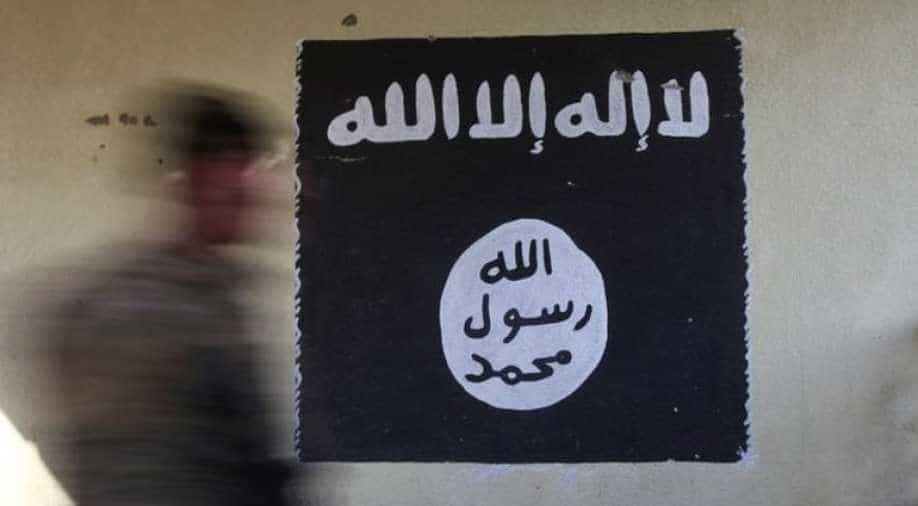 Trump said on Twitter he has 'instructed' Secretary of State Mike Pompeo "not to allow Hoda Muthana back into the country" — a break from usual US protocol not to comment on individuals' immigration issues.

President Donald Trump said Wednesday he is barring a US-born former Islamic State propagandist from returning home, making the highly unusual case that she is not a US citizen.

Trump's refusal to admit 24-year-old Hoda Muthana comes just as he is pressing Europeans to repatriate their own Islamic State fighters and will likely face legal challenges, with US citizenship extremely difficult to lose.

Trump said on Twitter he has "instructed" Secretary of State Mike Pompeo "not to allow Hoda Muthana back into the country" — a break with usual US protocol not to comment on individuals' immigration issues.

I have instructed Secretary of State Mike Pompeo, and he fully agrees, not to allow Hoda Muthana back into the Country!

"Ms. Hoda Muthana is not a US citizen and will not be admitted into the United States," Pompeo said in a terse statement.

"She does not have any legal basis, no valid US passport, no right to a passport, nor any visa to travel to the United States," he added.

The US generally grants citizenship to everyone born on its soil and the Alabama-raised Muthana is believed to have traveled to Syria on a US passport.

But a US official said a later investigation showed that she had not been entitled to her passport, adding: "Ms. Muthana's citizenship has not been revoked because she was never a citizen."

Officials declined further comment but in a loophole that could boost the government case, Muthana's father had been a diplomat from Yemen -- and children of diplomats are not automatically given citizenship.

Muthana's lawyer, Hassan Shilby, showed a birth certificate that demonstrated she was born in New Jersey in 1994 and said her father had ceased being a diplomat "months and months" before her birth.

"She is a US citizen. She had a valid passport. She may have broken the law and, if she has, she's willing to pay the price," Shilby told AFP at his office in Tampa.

He said Muthana wanted due process and was willing to go to prison if convicted.

"We cannot get to a point where we simply strip citizenship from those who break the law. That's not what America is about. We have one of the greatest legal systems in the world, and we have to abide by it."

US-born and radicalised
Just this weekend, Trump took to Twitter to chastise European allies that have not taken back hundreds of Islamic State prisoners caught in Syria, where Trump plans to withdraw US troops.

Comparatively few Americans have embraced radical Islam, with the Counter Extremism Project at George Washington University identifying 64 who went to join the Islamic State group in Syria or Iraq.

Muthana, raised in a strict household in Hoover, Alabama, said she was brainwashed by social media messages and headed to Syria without her parents' knowledge in 2014.

Shortly afterward, Muthana posted on Twitter a picture of herself and three other women who appeared to torch their Western passports, including an American one.

She went on to post vivid calls on social media to kill Americans, glorifying the ruthless extremist group notorious for its beheadings that for a time ruled vast swathes of Syria and Iraq.

But with the Islamic State group down to its last stretch of land, Muthana said she has renounced extremism and wants to return home with her toddler son, born to one of her three jihadist husbands.

"To say that I regret my past words, any pain that I caused my family and any concerns I would cause my country would be hard for me to really express properly," she said in a handwritten note to her lawyer.

Tough to lose US citizenship
The US decision on Muthana comes amid rising debate in Europe on the nationality of extremists. Britain recently revoked the citizenship of Shamina Begum, who similarly traveled to Syria and wants to return to her country of birth.

Britain asserted that she was entitled to Bangladeshi citizenship due to her heritage, but the Dhaka government on Wednesday denied that she was eligible, leading her to become effectively stateless.

US citizenship is significantly more difficult to lose. The 14th Amendment to the US Constitution, ratified in 1868 after the Civil War as slavery was abolished, establishes that anyone born in the country is a citizen with full rights.

The US Supreme Court in the landmark 1967 Afroyim decision rejected the government's attempt to revoke the nationality of a Polish-born naturalized American after he voted in Israel.

And last year a federal judge rejected a bid to strip the nationality of a Pakistani-born naturalized American who was convicted in a plot to blow up the Brooklyn Bridge.

But Trump has campaigned on a hard line over immigration and raised the prospect of ending birthright citizenship ahead of last year's congressional elections.

In 2011, President Barack Obama ordered drone strikes that killed two Americans in Yemen — prominent Al-Qaeda preacher Anwar al-Awlaki and his 16-year-old son — but did not believe it was possible to revoke citizenship.