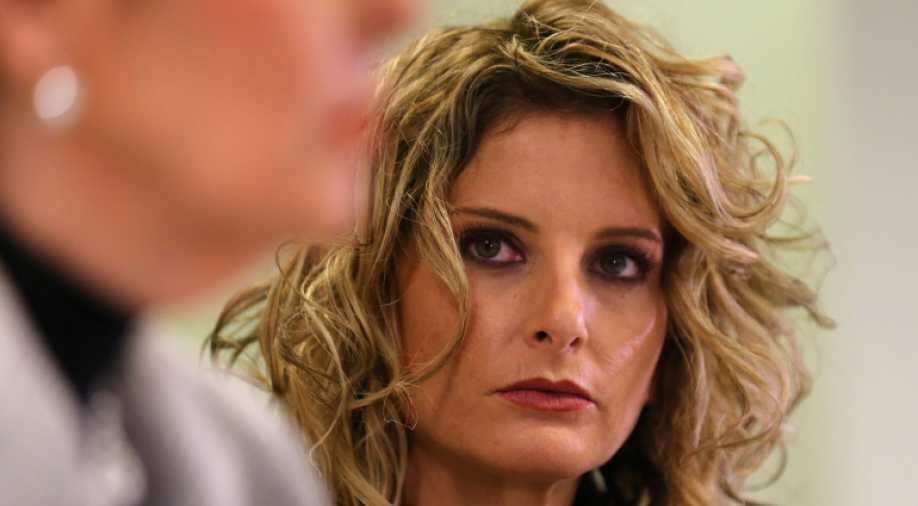 Summer Zervos in the lawsuit said Trump kissed her without her consent at his office in New York in December 2007. Photograph:( Reuters )

One of about a dozen women who previously accused President-elect Donald Trump of making unwanted sexual advances filed a lawsuit against him in New York on Tuesday, alleging he had made false and defamatory statements about her in rejecting the accusation, causing her emotional and economic harm.

The lawsuit filed by Summer Zervos, a one-time contestant on Trump's reality television show "The Apprentice," is focused on a stream of denials Trump aimed at her and other women accusers last October, just weeks before the November 8 presidential election, when Zervos and others came forward to accuse the then-candidate of making unwanted sexual advances.

“More of the same from Gloria Allred," said Hicks, referring to Zervos' high-profile attorney. "There is no truth to this absurd story."

At the time the women made their allegations, Trump, a Republican, who went on to win the election and who takes office on Friday, adamantly denied all the accusations in posts on Twitter, statements, interviews and comments at rallies. He suggested at one rally in Charlotte, North Carolina, on October 14 that the accusers were fabricating their stories for publicity or to damage his campaign.

With regard to Zervos specifically, Trump told the rally in Charlotte just hours after she made her allegations that it was "not hard to find a small handful of people willing to make false smears for personal fame, who knows maybe for financial reasons, political purposes,” according to the lawsuit.

"Mr. Trump's false, defamatory statements about Ms. Zervos – that, among other things, she made up her descriptions of Mr Trump's misconduct as a hoax, and that she is creating a 'phony' story just so that she can be famous – have been deeply detrimental to Ms. Zervos's reputation, honor and dignity,” the lawsuit stated.

At a news conference in Los Angeles announcing the lawsuit on Tuesday, Zervos said she wanted Trump to apologise.

"Since Mr. Trump has not issued a retraction as I requested, he has therefore left me with no alternative other than to sue him in order to vindicate my reputation," Zervos said. Her lawsuit said she was seeking "all possible remedies," including the apology and retraction from Trump.

Allred, who also represents a number of women who have accused comedian Bill Cosby of sexual misconduct, raised the possibility at the news conference that Trump might be required to give a deposition in the case.

The lawsuit said Trump kissed Zervos without her consent at his office in New York in December 2007 and later at a hotel in Beverly Hills, California, kissed her, touched her breast and tried to get her to lie on a bed during a meeting about a possible job. She and the other women came forward after a video from 2005 surfaced showing Trump boasting of making unwanted advances toward women including grabbing women by the genitals – a video that he later apologised for but said was simply “locker room talk” and was not his actual behaviour.