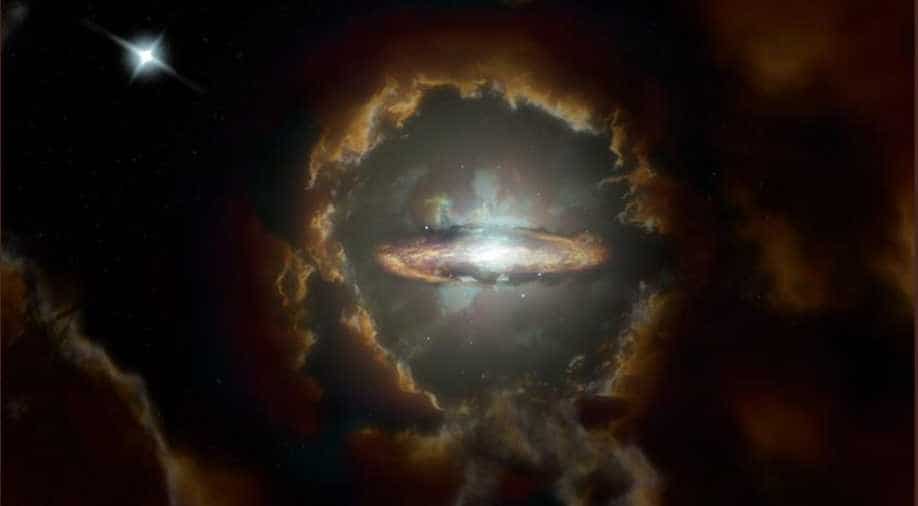 An enormous disk galaxy from the ancient universe that is pretty similar to our Milky Way galaxy has been observed for the first time.

Astronomers have spotted a massive disk galaxy, that formed 12.5 billion years ago when our 13.8 billion-year-old universe was only a tenth of its current age.

According to the information provided by the astronomers, the galaxy’s disk has a mass of 70 billion times that of our sun. It’s also rotating at 170 miles per second, which is similar to our Milky Way galaxy.

Known in certain circles as J081740.86+135138.2 (after its sky coordinates), @almaobs saw this galaxy spinning at 272 kilometers per second.https://t.co/KcDc1HufXd pic.twitter.com/FXAQMEOfu2

That means that gas, much cooler than normal, was drawn into the galaxy and allowed for quicker formation of the disk.

It said the star formation in the Wolf Disk is “at least 10 times higher than in our own galaxy,” making it “one of the most productive galaxies in the early universe.”

This discovery is challenging how astronomers think about galaxy formation in the early universe.