With US' support, Hong Kong has a chance to fight back against China's new law 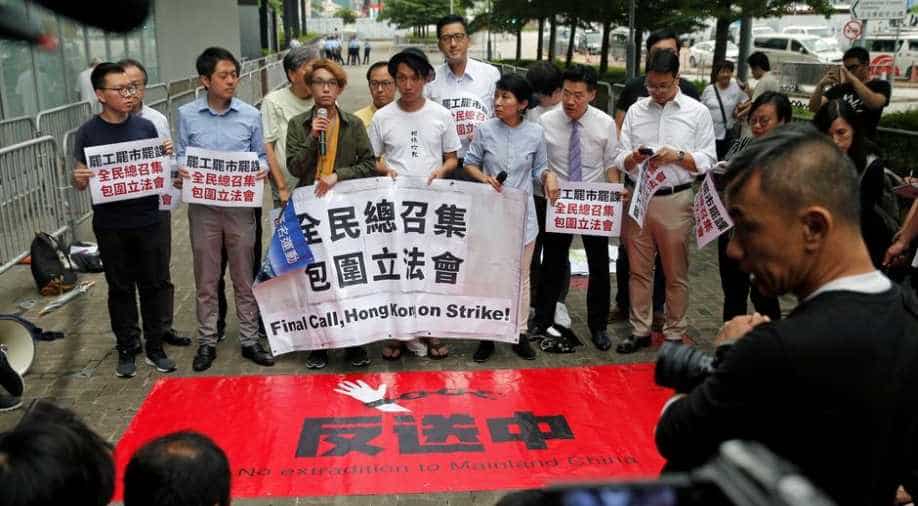 The proposed move will see China's parliament endorse, then annex the laws into Hong Kong's mini-constitution, the Basic Law, without any local legislative scrutiny.

Beijing is set to impose a new national security law on Hong Kong following the last year's often violent anti-China unrest that plunged the city into its deepest turmoil since returning to Chinese rule in 1997.

It's also said that the Chinese proposal to impose national security laws on Hong Kong could see mainland intelligence agencies set up bases there, raising fears of direct law enforcement and what US Secretary of State Mike Pompeo called a "death knell" for the city's autonomy.

Some pro-democracy lawmakers denounced the plans as "the end of Hong Kong".

Foreign diplomats fear establishing new Beijing agencies in Hong Kong could give mainland security and intelligence officers enforcement powers that could potentially put rights and freedoms, protected in the handover agreement, at risk.

The proposed move will see China's parliament endorse, then annex the laws into Hong Kong's mini-constitution, the Basic Law, without any local legislative scrutiny.

The proposals could also heighten tensions between Beijing and Washington, whose relationship is already frayed by trade disputes and reciprocal accusations over handling of the coronavirus pandemic.

US President Donald Trump warned Washington would react "very strongly" if Beijing went ahead with the security law.

Pompeo said the "disastrous proposal" would be the "death knell" for Hong Kong's autonomy and that the United States stood with the people of Hong Kong.

The US State Department warned a high degree of autonomy and respect for human rights were key to preserving the territory's special status in US law, which has helped it maintain its position as a world financial centre.

In fact, the US Senate in the meantime is set to propose a bill to punish Chinese entities and officials involved with enforcing this proposed law.

Under this, the US will identify entities and officials who back China's law, and then will penalise and punish banks that do business with them -- hitting China where it hurts the most.

Hong Kong has, time and again, stood up to China's oppression and with US's support this time, it remains to be what its plan of action would be.