With fireworks, India, other nations welcome 2021 as celebrations turn low-key 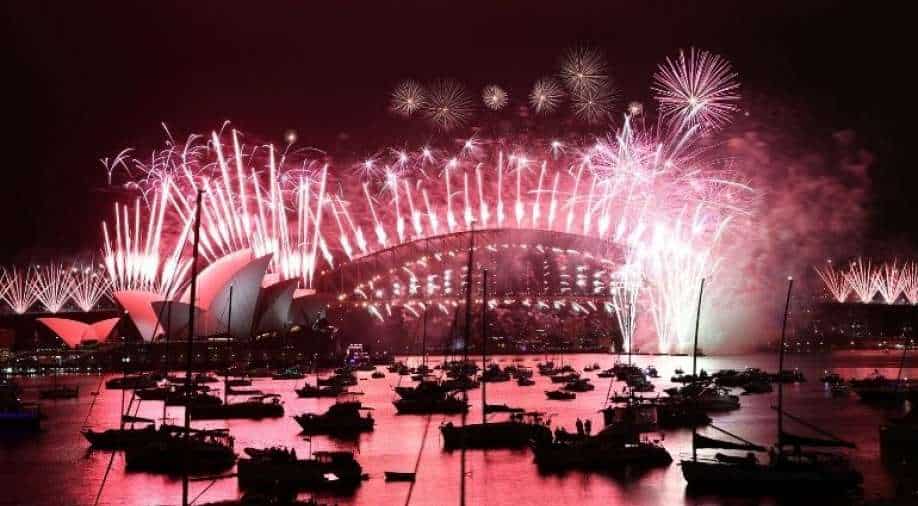 People in New Zealand were amongst the first globally to welcome 2021 as fireworks light up Auckland's 328-metre tall Sky Tower.

Revellers on the waterfront viewed the five-minute show which comprised fireworks and laser lighting colouring the night sky over the city's harbour.

The festivities began in other countries as well amid the low-key celebrations seen in the wake of novel coronavirus that has killed millions this year. Let's take a look.

In the Sydney Opera House in Australia, fireworks sparkle the sky, but the harbour beneath was empty as a ghost town.

The performers sang and danced on a stage decorated with a big, colourful "2021" sign without wearing masks.

People witnessing the event wore masks but did not maintain social distancing as they displayed glowing lights and balloons in Kim II Sung Square.

However, the crowd was not as big as it generally is during the time of the new year due to Covid-19 restrictions.

India welcomed the new year in a very precautious manner as several metro cities imposed night curfews to avoid crowding which can lead to a spike in coronavirus infections.

Popular attractions in Mumbai, including the Gateway of India looked deserted on new year's eve as the city is under night curfew from 11 pm to 6 am till January 5.

Prohibitory orders have been imposed in the IT city of Bengaluru from 6 pm on Thursday to 6 am Friday which made the celebrations very limited.

In the southern city of Chennai, festivities and celebrations took a toll as the government shut down restaurants, hotels, clubs and resorts on Thursday and Friday.