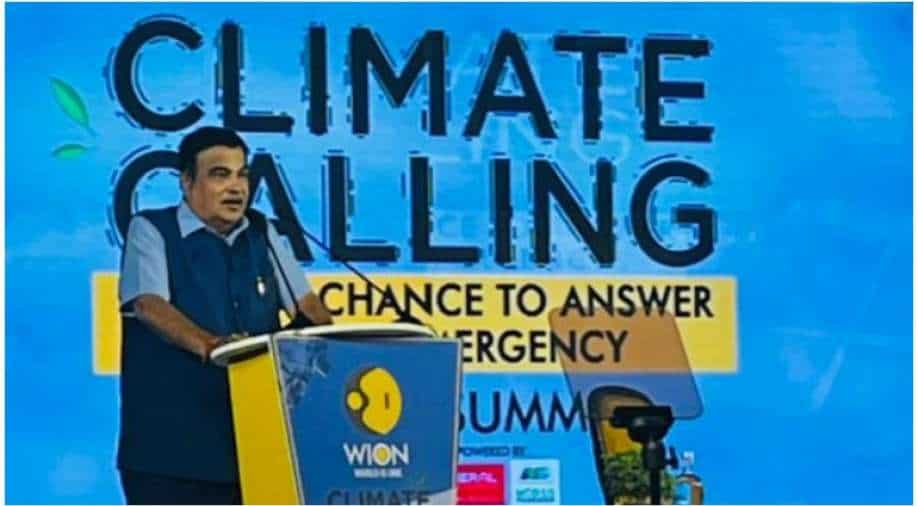 India's Minister for Road Transport and Highways Mr Nitin Gadkari made a big announcement at WION Climate Summit on March 15. He revealed that India's first Hydrogen-powered car was to be unveiled on Wednesday (March 16). The car, made as a pilot project, was kept at his residence, he said.

Gadkari was chief guest at the first edition of WION's annual Climate Summit the theme of which was 'Climate Calling: The last chance to answer climate emergency'.

Nitin Gadkari is a veteran politician of Bharatiya Janata Party (BJP) and has ably steered various ministries on national and state level.

In his address during the summit, Gadkari said that there was a need to find alternate options for fuels like petrol and diesel.

"Cost of running a vehicle on petrol is Rs 10 per kilometre. On diesel, it is Rs 7 to 8. But for a vehicle running on electricity, the cost comes down to less than Re 1," he said.

During he speech, he elaborated the fine balance that needed to be struck while making a shift to electric vehicles. He said that India's automobile sector was expanding. It remains a sector that produces jobs for thousands of people in the country. But at the same time, air pollution caused by traditional vehicles was also a big issue.