Will work to drive down cost of F-35, Lockheed CEO tells Trump 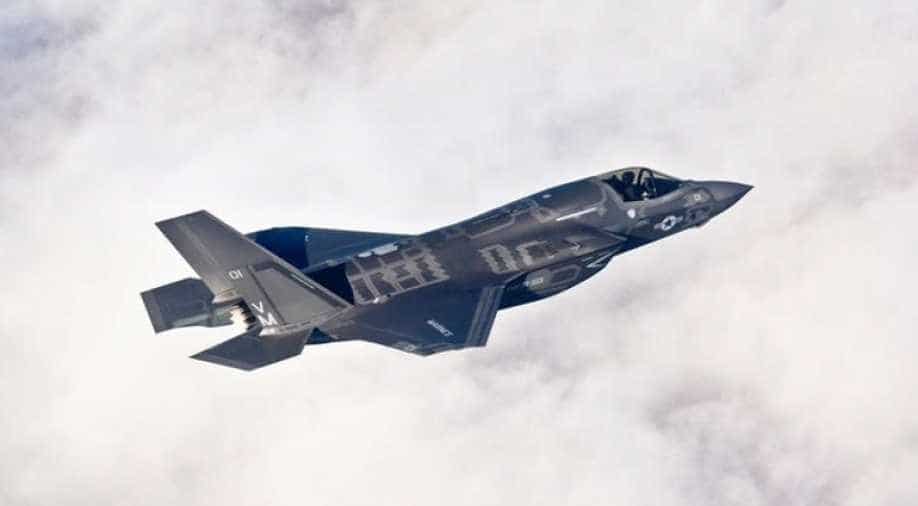 Trump, in a tweet posted late on Thursday, suggested that an older aircraft made by rival aerospace company Boeing Co could offer a cheaper alternative to the F-35. Photograph:( Reuters )

The chief executive of Lockheed Martin Corp told President-elect Donald Trump on Friday that she was committed to driving down the cost of the company's F-35 fighter jet, a day after Trump took aim at the cost of the F-35 in a Twitter post.

CEO Marillyn Hewson said she spoke with Trump on Friday afternoon and assured him that she had heard his message "loud and clear" about reducing the cost of the F-35.

Based on the tremendous cost and cost overruns of the Lockheed Martin F-35, I have asked Boeing to price out a comparable F-18 Super Hornet!' Trump said

Trump, in a tweet posted late on Thursday, suggested that an older aircraft made by rival aerospace company Boeing Co could offer a cheaper alternative to the F-35.

"Based on the tremendous cost and cost overruns of the Lockheed Martin F-35, I have asked Boeing to price out a comparable F-18 Super Hornet!" Trump said.

Hewson, in a statement posted on Twitter, said she had had "a very good conversation" with Trump on Friday.

"I gave him my personal commitment to drive the cost down aggressively," she said in the statement.

Lockheed shares closed down 1.3 per cent on Friday, nearing their lowest levels since the Nov. 8 election. They were the biggest drag on a basket of defense-related stocks. Boeing's stock ended near the unchanged mark.

Trump had met with the chief executives of both Lockheed and Boeing on Wednesday.

Boeing's F-18 is an older generation aircraft that lacks the stealth capabilities of the F-35.

One US official said it was impossible to tell what Trump meant by his tweet, given the importance of stealth technology as a way to counter advanced defenses of near-peer states, like Russia or China.

"Somebody needs to ask Donald Trump how he's going to be able to confront China without aircraft capable of penetrating anti-access and area denial systems, including air defenses," the official said.

Most defence analysts do not consider the two jets as comparable aircraft.

"Impractical if not irrational," Richard Safran, a defense analyst at Buckingham Research, said by email. "First, the F/A-18 is a carrier-based naval fighter. Certainly it could not meet the U.S. Marine Corps need for vertical lift. It would not be suitable for the Air Force either - the extra weight of a carrier fighter makes it less than ideal for the Air Force."

"Unless the rules of physics have changed, you cannot make a non-stealthy, two-engined, carrier-based aircraft from the 1980s into a single-engine, multi-role stealthy fighter from the 2000s," Vertical Research Partners analysts wrote in a note on Friday.

Still, Trump's dissatisfaction with the program, which has been dogged by problems while costs have escalated to an estimated $379 billion, is a clear risk for Lockheed. The F-35 program is a critical sales generator for the company, accounting for 20 per cent of last year's total revenue of $46.1 billion.

The Pentagon did not respond to a request for comment on Thursday.

Boeing spokesman Todd Blecher said on Thursday in an email that the company was committed to providing the capability and affordability to meet national security needs.

On Wednesday, Trump met the CEOs of Lockheed and Boeing at his resort in Palm Beach, Florida. Boeing CEO Dennis Muilenburg told reporters there that he had guaranteed costs would not get out of control for a replacement to Air Force One, the presidential plane, another project Trump calls too expensive.

Trump's jockeying for leverage via his Twitter account is likely to be a hurdle for all US defense contractors, Roman Schweizer, aerospace and defense analyst at Cowen & Co, wrote in a client note on Thursday.

Trump unleashed his tirade about the hefty cost for US aircraft earlier this month, first lashing out at Boeing over the cost of replacement Air Force One presidential planes and days later at Lockheed over the F-35.

Since Trump's first tweet about Air Force One on December 6, Lockheed shares have slumped around 6.4 percent, costing its shareholders collectively about $5 billion in lost market value.

"We have no idea how this plays out but believe 'Twitter risk' for defense companies could be a significant issue over the next four years," Cowen's Schweizer wrote. "This is Lockheed Martin's time in the barrel."