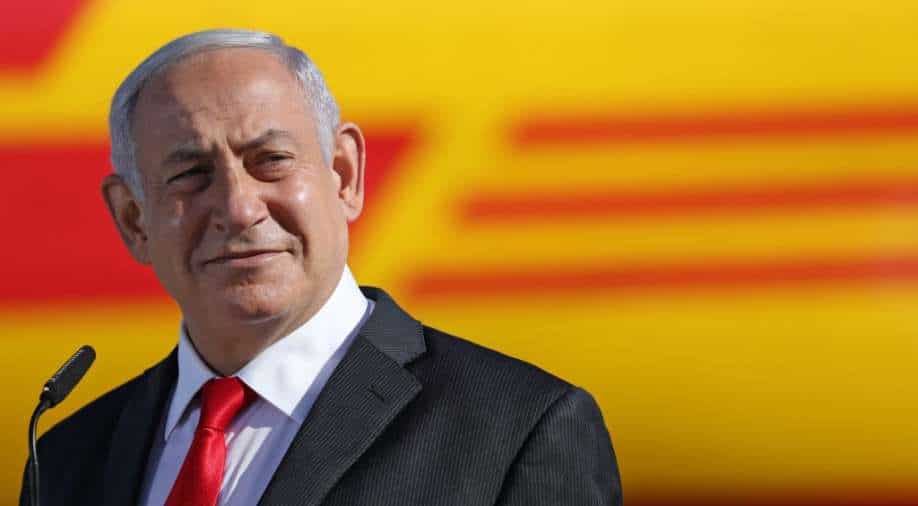 Opinion polls showed an uptick for Likud in the campaign's home stretch, giving a Netanyahu-led coalition of conservative and ultra-Orthodox Jewish parties around 60 seats, still short of a majority in the 120-member parliament

Prime Minister Benjamin Netanyahu has claimed victory over Covid-19 by making Israel a 'vaccination nation'. Even that may not be enough when voters wearing mandatory masks cast their ballots in an election on Tuesday.

Netanyahu, who turned Israel's world-leading rollout of vaccines into a showcase of his campaign in the country's fourth national poll in two years, gave a measured assessment of his chances after the latest opinion polls pointed to a close race.

"I'm still missing a (parliamentary) seat or two to achieve a stable government," he said on Army Radio on Sunday, in what could have been a strategic bid to rally supporters of his right-wing Likud party to turn out to vote.

Opinion polls showed an uptick for Likud in the campaign's home stretch, giving a Netanyahu-led coalition of conservative and ultra-Orthodox Jewish parties around 60 seats, still short of a majority in the 120-member parliament.

But the surveys indicated that a potential, though perhaps unlikely alliance of left-wing, centre and rightist factions, possibly led by Netanyahu's strongest rival in the polls - centrist Yair Lapid of the Yesh Atid party - is also near 60.

No one party has ever won a parliamentary majority on its own in an Israeli election. In a close contest, election night results may only be a starting point, with backroom coalition talks determining whether 'King Bibi' will still rule.

Gone this time were Netanyahu's giant billboards featuring a handshake with ally Donald Trump, defeated in the US presidential election in November.

And with Democrat Joe Biden in the White House, there was little prospect of US diplomatic moves that could help Netanyahu's election chances.

Israel's longest-serving leader, 71, focused instead on highlighting his role in turning high-tech Israel into what he dubbed a 'vaccination nation'.