Will Trump's presidency be legitimate? Probably not: Opinion 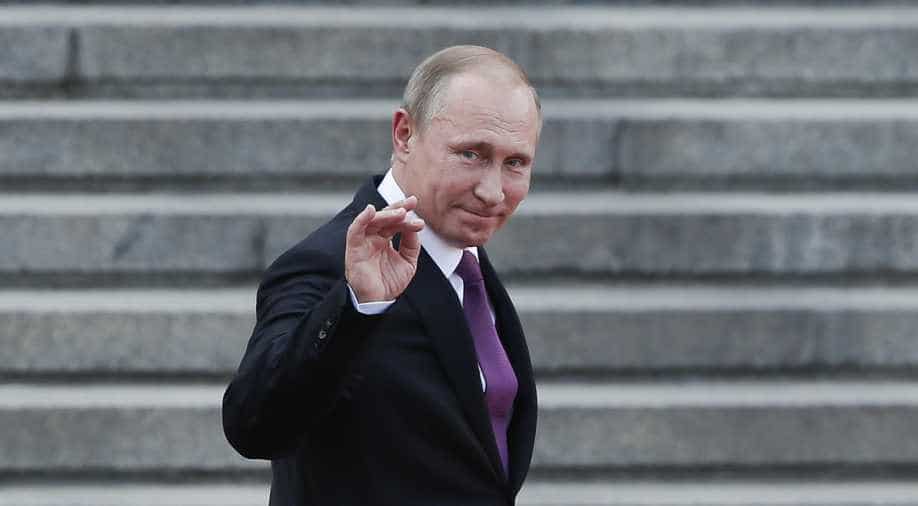 An intelligence report claimed that Putin has compromising blackmail material over President-elect Donald Trump. Putin is worth an estimated $200 billion, and Trump is connected to many Kremlin-approved businesses. Photograph:( Getty )

The accusation that Donald Trump will not be a legitimate president, and that he must be impeached the instant he takes office, is obviously a major charge that must not be made lightly. Democracy is messy and accepting a politician you may find horrible is a sad but vital and inevitable part of it. But Donald Trump presents a different case.

Many now question Trump's legitimacy, including the venerated civil rights hero John Lewis, who Trump lambasted on Twitter after he, Lewis, called the President-elect "illegitimate". Again, the accusation of illegitimacy is serious. It must not be used frivolously and must be understood: This is not a mere disagreement about policy. So, why are people saying Trump is illegitimate?

So Trump likes Russia, so what?

Is there enough evidence?

It's hard to get a smoking gun because Trump breaks normal transparency standards by failing to disclose key information, then celebrates himself for disclosing what he hasn't disclosed, then attacks and intimidates anybody who tries to bring this pattern to light.

Trump falsely said he cannot publicly release his tax return (he said he is under audit, the IRS said he is free to release it, then Eric Trump said that releasing it would subject his business interests to public scrutiny). He threatened to sue the New York Times for releasing a page that showed that despite professing to be a billionaire he likely paid no income tax for 18 years.

Trump falsely stated that he does not know Felix Sater, a Russian-born man with proven links to Trump (here they are pictured together) via Bayrock (a real estate firm with offices in Trump Tower) and Putin (Bayrock has seen a cash infusion from Putin-friendly Khazakstani and Russian businesses). Sater has pled guilty to stabbing a man in the neck with a broken margarita glass in a bar fight and to a racketeering scam worth $40 million, connected to four mob families.

Trump denied knowing Putin personally, yet has said on video that he personally knows Putin. In short, Trump and his team do everything to obfuscate what is happening and attack those who threaten his so-called legitimacy.

There are still many unanswered questions, and it's an understatement to say Trump appears to be in no mood to answer them. Until both Democrat and Trump supporters get real and satisfying answers to everything that got Trump elected and to the nature of what is driving his decisions in office, Trump's legitimacy as presidency will always be hopelessly in doubt.

And if the real answers to these questions ever come to light, it seems they are unlikely to strengthen Trump's legitimacy.