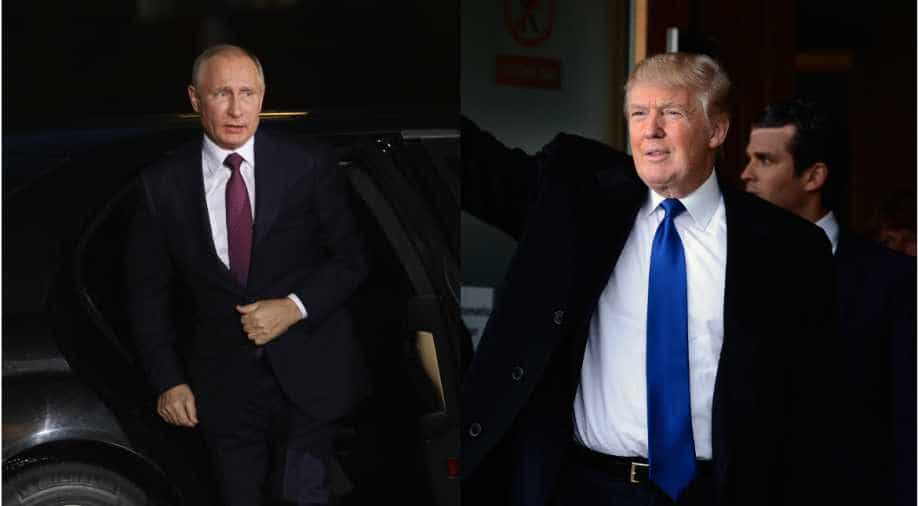 BBC's Washington correspondent Paul Wood has published what he knows about the explosive allegation that Russia has compromising personal and financial information over Trump. While the BBC opted not to break the story earlier because they hadn't seen the alleged recordings themselves, if they do in fact exist, Wood adds more details about the allegations.

Wood describes hearing about the alleged tapes through as many as four sources. It is not clear whether these sources got their information from the same place. The claims here are still allegations.

Wood says "The CIA finds it credible that the Kremlin has such Kompromat--or compromising material--on the next US commander in chief", and that there is also a joint task force comprising of the CIA and FBI investigating whether Russia sent money to Trump's election campaign.

Wood saw the report written by the former British intelligence agent, now identified in various world media as Chistopher Steele, alleging that Trump was filmed with a group of prostitutes in the presidential suite of Moscow's Ritz-Carlton hotel. He states that the BBC decided not to break the story when he was shown the report, which was in the week of the election, because they had not seen the alleged tapes, if such tapes do in fact exist.

The opposition research that prompted Steele's investigation was initially funded by an anti-Trump super pac (political action committee) during the Republican primaries, but then was funded by an anomyous Democratic Party supporter.

While Trump was relentless in his criticism of these reports, likening his situation to Nazi Germany and calling them "sick people [who] put that crap together", Wood says "these are not political hacks".

Nobody, not even Trump, disputes that the intelligence briefing describing the above allegations were definitely brought to the attention of President Obama and, indeed, even Donald Trump. But the allegations in the report remain unverified.

Wood points out that both the Washington Post and the New York Times report that the allegations were sufficiently credible to be brought to the attention of the president. On the night the main tape was supposedly made, in 2013, Trump appeared on television in Moscow attending his Miss Universe competition.

Wood does not characterise this as a political hack. He says Christopher Steele's line of research is "country analysis and commercial risk assessment", and that Steele "apparently" gave the dossier he collected on Trump to the FBI against the wishes of the firm who employed him. As early as August, Wood was told of this claim by a retired spy, who learned it from the "head of an East European intelligence agency".

Wood used a go-between to pass questions along to the CIA officers tasked with this file. He got a message back: there was "more than one tape", "audio and video", on "more than one date", in "more than one place", and that the material was "of a sexual nature".

Wood says that a Russian specialist says FSB agents are prone to boasting about public figures on which they have tapes. A CIA officer who spoke to Wood said he spoke to an FSB agent, who concluded, "it's hokey as hell".

There are still ongoing inter-agency investigations looking into Trump's connection with Russian money, and it's not clear what will come of the task force investigating Trump under Trump's presidency. They may not be allowed to work.

Russia has denied all accusations, and so has Trump. Wood says that Michael Hayden, the former head of both the CIA and NSA, referred to Trump as a "polezni durak"-- a useful fool.

During the election, Clinton called Trump a "puppet" of Russia's leader Vladimir Putin.

Wood points out that a New York Times opinion piece from the summer written by former CIA director Michael Morrell wrote, "In the intelligence business, we would say that Mr Putin had recruited Mt Trump as an unwitting agent of the Russian Federation".

Wood closed the piece declaring Americans will need to look at all the facts and judge for themselves.