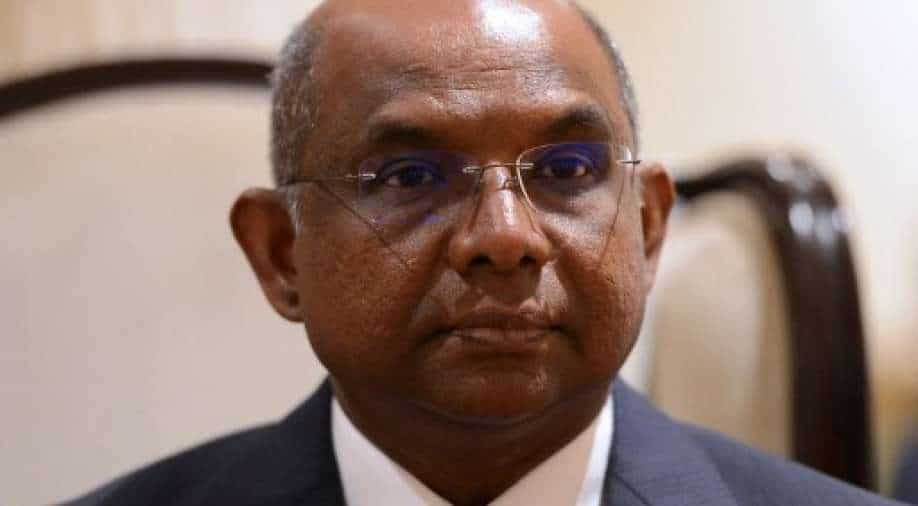 The President-elect of the 76th session of the United Nations General Assembly, Abdulla Shahid, has said that under his leadership he will "make sure the members move forward" in the process of UN Security Council reforms.

Speaking to our Principal Diplomatic Correspondent Sidhant Sibal, Abdulla, who is on a Delhi visit, pointed out that his "presidency of hope" will have a focus on Covid crisis, rebuilding sustainably, reviving the economic devastation, UNSC reforms and climate change as the main issues.

India is the first stop of his destination after the victory in June. He is also the foreign minister of Maldives and called ties with India "special".

Asked about threats to Indian diplomats, as the foreign minister of his country he assured, "We do not take any of these threats lightly", adding his government has taken "appropriate security measures to protect the Indian diplomats in the country".

WION: What will be your key focus areas during your Delhi visit? Also, congratulations on your new role as the UNGA president starting September.

Abdulla Shahid: Thank you very much for your kind wishes. I am looking forward to calling on the Prime Minister and meeting [External Affairs Minister] Dr Jaishankar. We will be discussing multilateral issues as well as bilateral issues between the two countries. We have been able to consolidate the Maldives-India relationship during the past two and half years of President Solih's government. We have been working very closely at the multilateral forums promoting mutual issues. It will be an opportunity to catch up.

WION: What will be your key focus areas as the president of the United Nations General assembly starting from September?

Abdulla Shahid:  I came promising the presidency of hope. I choose the theme of the presidency of hope, taking into account the loss, pain, and devastation that COVID-19 has taken in all countries of the world. I felt that it is the time we look to the future. Take into heart the goodness that we have inside, every individual. during the pandemic, we have seen the kindness, the humanity of so many, the frontline workers, the healthcare workers--nurses and doctors, so selflessly giving themselves to the cause of humanity. we have seen a miraculous vaccine invented during record time, there is light at the end of the tunnel. That is why I came to promising--the presidency of hope.

During the presidency of home, it is my submission to the international community that we build a presidency of hope on 5 rays of hope--recovering from COVID-19, rebuilding sustainably, reviving from the economic devastation, we have to reform the United Nations, we have to address the climate issues and we have to respect human rights, the right of all. These are the areas that I will be concentrating on during my presidency.

WION: Reforming the United Nations Security Council has been something that is much talked about with a lot of focus here in Delhi. How will you make sure things move forward?

Abdulla Shahid: The United Nations Security Council reform is a membership-driven process. The role of the president of the general assembly is to bring the members together. The membership-driven process of UNSC reforms, I hope will gain momentum during my presidency. You would recall that the Maldives was one of the 10 countries that initiated the Security Council reform process way back in the early 1970s. We are committed to it, Maldives is committed to it. As the president of UNGA, I will do my utmost to make sure the members move forward on this process.

WION: As UNGA president, your focus is on Afghanistan, especially forming consensus. It is a neighbour and SAARC member. What will your message be for the people of Afghanistan?

Abdulla Shahid: For the people of Afghanistan, my message is that they are resilient people. That they will be able to come together and they should be fully committed as they are to the promotion of democracy and respect for human rights, good governance. I wish them all the best.

WION: The entire world is divided on the issue of cross border terrorism. India has been calling for a single definition on the issue of terror. What is your focus area, especially on consensus formation?

Abdulla Shahid: Terrorism is a scourge that has taken so many victims and it may hit anywhere because it is one person to cause so much damage. It is clear that the international community must come together and come together to make sure that we condemn all forms of terrorism. We can't pick and choose when it comes to terrorism. The definition that has been so long in coming within the United Nations is still not forthcoming. I hope given the experience of so many countries with terrorism, we will be able to come to a clear definition of terrorism. That will be the most clear signal for those perpetrators who so callously take innocent lives. we need to come together

WION: You are also the foreign minister of Maldives. Speaking of the ties, what is the sentiment for India in the Maldives and how do you characterise this relationship?

WION: Who is behind the anti-India campaign, especially on social media?

Abdulla Shahid: It is very clear, the former government when they were in place, they were in government, they did not have a proper foreign policy. They had only one policy, that is to try and play one country against the other. It is clear that the India out campaign that is going by a few people on social, that is also an act of trying to play one country against other. It does not work in this day and age. In this day and age, we need to engage with all countries, and President Solih's govt will engage with everyone. We are reaping the fruits of engagement with everyone.

WION: There seems to be a threat to Indian diplomats. What measures is the Maldives taking to ensure their safety?

Abdulla Shahid: We do not take any of these threats lightly. The government has taken appropriate security measures to protect the Indian diplomats in the country and Sidhant you would know that when it comes to social media, and the internet, it takes just one person to float such a threat. It should not be seen as the majority of Maldivians supporting this kind of violent propaganda. Fake news is an issue that not only Maldives has to deal with, here in India it is the same, in the United States it is the same, we all have to live with this in this day and age of such proliferation of information which takes one individual to right something on media.

WION: Both India and Maldives working for the security of the wider Indian ocean. Since you are at the heart of the Indian Ocean, are you worried about illegal fishing, piracy?

Abdulla Shahid: I am very happy that you mentioned the Maldives as the heart of the Indian ocean, that is something that I firmly believe in. We are in the heart of the Indian Ocean. We are a large ocean state, huge ocean territory and we also have most of our wealth in that area. The fish stocks, we can't let fish stocks be captured by the illegal trawlers, we can't let our territory be used as a transit point for drugs, people who are trading in drugs, we cant have peace and stability of the Indian ocean be compromised. Because peace, stability, and prosperity of the Indian ocean are of utmost importance for the peace, stability, and prosperity of the Maldives. Vice versa, stability, prosperity, and peace of Maldives is required for the greater Indian ocean prosperity. So it is a relationship that is connected and the Maldives will be playing the role it is required to. Recently we became a member of the Indian Ocean rim association and we will take that responsibility seriously, we will work together with India, Sri Lanka, and many many other countries of the region to make sure we maintain this ocean of our stable, peaceful, and prosperous ocean.