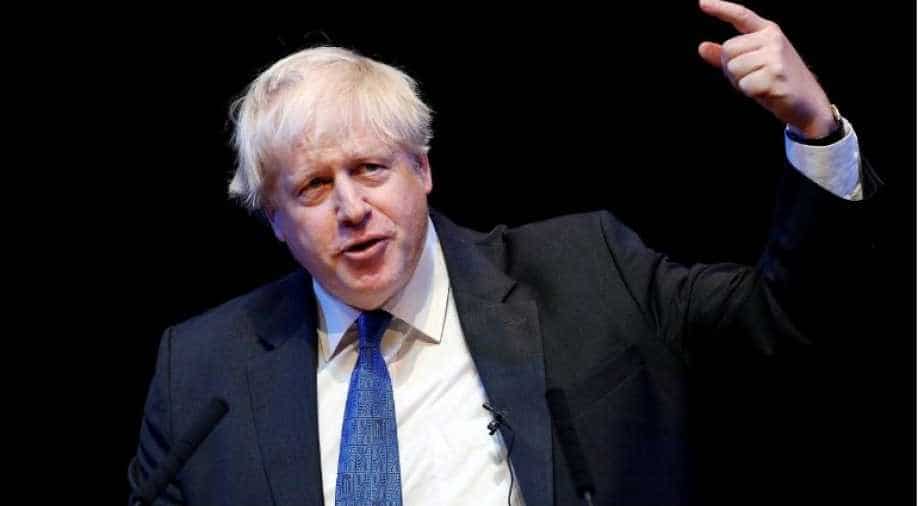 Less than two weeks before Britain heads to the polls, law and order has taken top billing since Usman Khan

British Prime Minister Boris Johnson said on Sunday he would strengthen prison sentences, vowing to boost security after an attack in London by a man jailed for terrorism who had been released early.

Less than two weeks before Britain heads to the polls, law and order has taken top billing since Usman Khan, wearing a fake suicide vest and wielding knives, killed two people on Friday before being shot dead by police.

Johnson's Conservatives have championed tough police and prison measures, but opponents have criticised them for overseeing almost a decade of cuts to public services.

Johnson said if he won the Dec. 12 election, he would invest more in the prison system and toughen sentences.

"I absolutely deplore the fact that this man was out on the street, I think it was absolutely repulsive and we are going to take action," he told BBC interviewer Andrew Marr.

He portrayed his rival for prime minister, Jeremy Corbyn, as weak on crime, blaming the Labour Party for a law passed more than a decade ago that provided for some prisoners to be released early automatically.

Johnson said around 74 people convicted of serious offences had been released under the legislation, and that they were being monitored to prevent any threat to the public.

Corbyn said Conservative cuts to community policing and to probation, mental health, youth and social services could "lead to missed chances to intervene in the lives of people who go on to commit inexcusable acts".

"You can't keep people safe on the cheap," he said in a speech.

Khan's attack, which took place on London Bridge, stirred memories of the last election in 2017, when three militants killed eight people and injured at least 48 in the same part of the capital.

On Friday, bystanders wrestled Khan to the ground before police shot him dead. The police found no immediate evidence to suggest Khan had been working with others.

Both were graduates involved in a prisoner rehabilitation programme that was organising a conference that Khan was attending, where he chose to start his attack.

Two people remained in hospital in a stable condition on Sunday, while a third left hospital.

The attack brought a sombre tone to a rancorous election campaign, which is presenting voters with a stark choice between Labour, with its promise to raise taxes on the rich and businesses to fund a much-expanded state, and the Conservatives' pledge to "get Brexit done" and move on to other issues.