Will reduce troop presence and focus on counter-terrorism in Afghanistan: Trump in State of the Union address 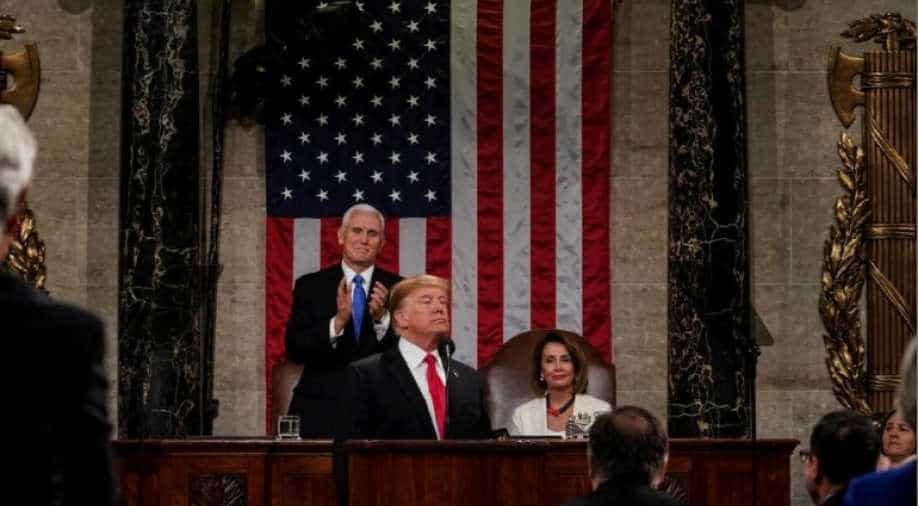 US president made it clear, that even though his administration is in talks with the Taliban for the pact to bring stability in the country, US troops are not going to fully leave the south Asian country.

Speaking during his second State of the Union address (SOTU), Trump said, "In Afghanistan, my administration is holding constructive talks with a number of Afghan groups, including the Taliban. As we make progress in these negotiations, we will be able to reduce our troop presence and focus on counter-terrorism. And we will indeed focus on counterterrorism."

Sounding cautious, he said,"We do not know whether we will achieve an agreement" but "we do know that after two decades of war, the hour has come to at least try for peace" and "the other side would like to do the same thing."

This will come as a relief for New Delhi that sees complete withdrawal as increasing Pakistan's influence in Kabul, which Islamabad has been trying since decades.

During US special envoy on Afghanistan Zalmay Khalilzad's India visit, New Delhi had made it clear that it has security and economic interest in the country and called Washington to safeguard existing political and constitutional structure in the country.

Earlier on Tuesday, US secretary of state, Michael Pompeo spoke with Afghan President Ghani and reaffirmed American commitment "to achieving a lasting peace in Afghanistan."

In a statement released by the US state department, it was said that the "Secretary underscored Special Representative for Afghanistan Reconciliation Zalmay Khalilzad’s role in facilitating an inclusive peace process."

Pompeo also focused on intra-Afghan dialogue in which Afghan govt can sit together with the Taliban for a political settlement. The state department said that the secretary "emphasized the importance of an intra-Afghan dialogue and the role of a ceasefire in ending the violence and creating the conditions for the Afghan government, other Afghan leaders and the Taliban to sit together and negotiate a political settlement"