Will not leave Qatar until I have my son accompanying me, says Emirati Princess on her custody battle 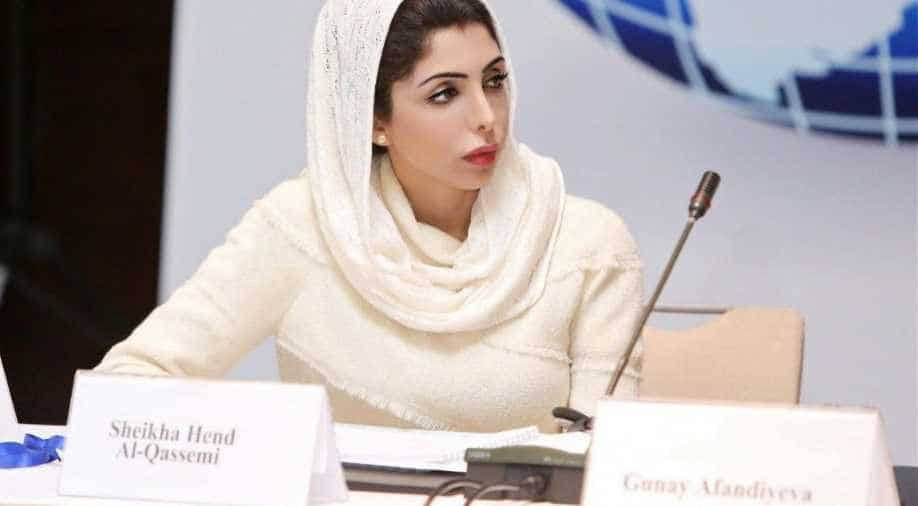 Born in Sharjah, United Arab Emirates, Hend Faisal Al Qassemi is an Emirati businesswoman and mother who has now turned to social media to fight her legal battle to get her son's custody.

This is a story about a woman married in Qatar royalty.

Born in Sharjah, United Arab Emirates, Hend Faisal Al Qassemi is an Emirati businesswoman and mother who has now turned to social media to fight her legal battle to get her son's custody.

Married and amicably separated with Prince Al Thani in 2006, Al Qassemi is now seeking justice for her son through social media platforms after exhausting all other options.

Here are excerpts of the conversation:

WION: Can you please introduce yourself to our readers on and inform about your parentage and who were you married to.

I was married to Prince Al Thani in 2006 but later separated amicably. I thought it was an amicable separation.

He had said that if you wanted to leave me, you will have no rights. I agreed and surrendered everything to him, the furniture, cars, and house which was part of the dowry given to him during the wedding.

I was more interested in starting a new life and moving back to Emirates because, after separation, you leave a huge piece of you behind. You leave the piece that is damaged and allow your heart to grow again.

I left Emirates with my son and started a new life. My son was in school and I started working. I was happy; but unfortunately, the father showed up in school one day and picked up our son and left the country on the same day.

WION: Where are you currently located at and what is your demand?

Hend Faisal Al Qassemi: I lived in Emirates but came to Qatar for court cases. Currently, I live in Doha and I have decided that I will not leave until I have my son accompanying me. So I am here since July 1, 2019.

The court here has declared that my son can temporarily live under my custody until the final declaration of divorce which by the way has been dragging for years.

Divorce cases do not drag for so long; they don't take more than six months to a year. My case was an exception; when I went to the family court, the judge was shocked and declared temporary custody on the same day.

WION: Where are you seeking asylum and why?

Hend F Al Qassimi: I am not just seeking asylum. I have a diplomatic Emirati passport.

I have my family owned property around the world. My situation is very delicate because it can be only handled by the Qatari government which has been unresponsive to any of my demands.

I have been personally contacted by the Prime Minister as well but nothing has been done so far. I even contacted Prime Minister himself on WhatsApp and he promised to solve my problems but haven't done anything.

I need a passport for my son to take him out of Qatar.

There is a law in Qatar that a foreign mother has no right over his child. She has no rights to choose her school or medical hospital even.

WION: You are fighting this custody battle legally since 2017 and came out with a video appeal just now, what made you wait so long?

But when it came to my son's health and future. I could not stay silent anymore.

For the first two years, I was thinking my son was living a comfortable life; but he contacted me four months ago and complained about how he is locked up at home.

When I was granted visitation to see him, the father raised a demand in court against me that If I don't go back and live with him as a wife, I won't be able to see my son. I agreed in a final attempt to be with my child... but it was a trap!

The next day, in the morning, the judge received a letter from my husband to drop the custody which I think was a joke. Why would I come back to you if I lose my child? I left you for so many reasons! The only thing I came back to you was for my child. Hence the equation was cancelled.

My son was not living with his father in the last few years. He was living with his aunts. One is 69-years and the other was younger. They did not have the love that a child needs. One of them locked him in the room while the other is out of the house for the whole day. My son is not allowed to go to school. He has nobody to play with. They took away his laptop and mobile also.