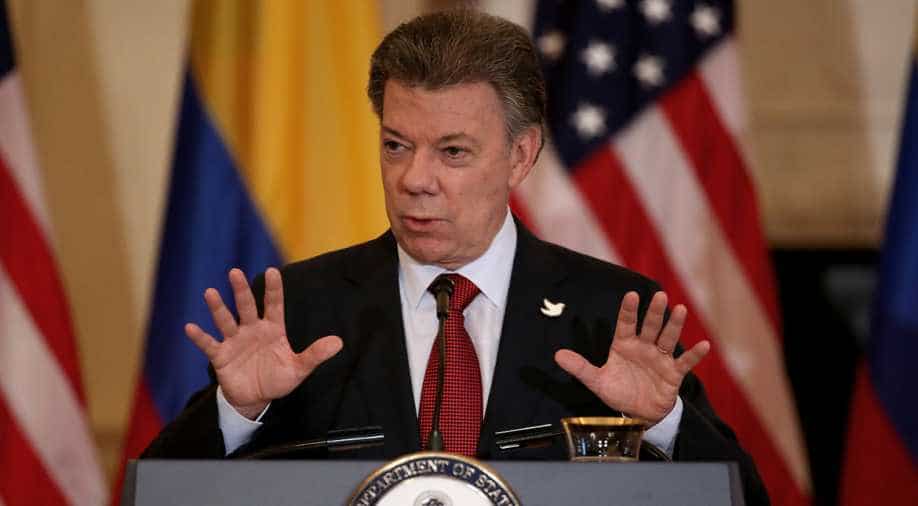 The new deal does not specify how it is to be ratified. That leaves open any number of possibilities, including another referendum or simply a vote in Congress, where Santos has a majority. Photograph:( Getty )

Six weeks after Colombians shocked the world by rejecting a historic peace accord with the FARC rebels, negotiators have come back with a new deal. But, will it work this time?

"Implement this now," the government's chief negotiator, Humberto de la Calle, urged the country on Tuesday, a day after version 2.0 was published.

After four years of talks and a last-ditch return to the drawing board, "there's really no more room to negotiate," said De la Calle.

But President Juan Manuel Santos, who won this year's Nobel Peace Prize for his efforts, still faces a potentially huge obstacle in the form of his predecessor, Alvaro Uribe. The right-wing senator led the opposition to the first deal, arguing it was too soft on the Marxist guerrillas. He has yet to give his verdict on the revisions.

Here are some points on how the new deal stacks up against the old one, and whether it stands a better chance of ending a half-century conflict that has claimed more than 260,000 lives.

The defeat of the original deal in an October 2 referendum defied opinion polls, flew in the face of international backing and jeopardised Santos's legacy.

Will he risk it all again? That's unclear. The new deal does not specify how it is to be ratified. That leaves open any number of possibilities, including another referendum or simply a vote in Congress, where Santos has a majority.

Critics attacked the first deal as granting impunity to war criminals. The revisions seek to fend off that claim. But there will still be no jail time for those who confess.

Special courts to try crimes linked to the conflict, and give lenient alternative sentences, originally had no expiration date. Now they will have jurisdiction for 10 years, with possible extensions to 15.

A bill on reduced sentences will be sent to Congress, with a special section on leniency for soldiers and police, a key opposition demand. For the Revolutionary Armed Forces of Colombia (FARC) rebels, crimes such as drug trafficking will only receive amnesty if the perpetrators "did not personally profit".

The FARC has agreed to publish its assets, a sort of financial statement on the guerrilla enterprise funded by drug trafficking, illegal mining and ransom kidnappings. The money will be used to pay reparations to victims.

The FARC will also list all its members, including allied militias. Rebels involved in drug trafficking are ordered to submit a report on their activities to help police investigate remaining cartels.

Whereas the original deal was to be written into the constitution, the revised version will simply hold sway for three presidential terms: 12 years. In another change, the government will use both carrots and sticks to tackle coca farming, which has fueled the conflict in the world's largest cocaine producer.

Farmers will still be encouraged to switch to legal crops, but the government will not end US-backed aerial herbicide spraying, despite dire health warnings.The edits also deleted explicit mention of "gender equality" and special treatment for sexual minorities, after an outcry from conservative religious groups.

The new 310-page deal revisits all but one of the 57 points that Uribe's camp had criticised. But the changes may not be sweeping enough for opponents.

And the untouched item is a big one: rebels' right to run for elected office. The FARC will still get 10 automatic seats in Congress from 2018.

"The changes are unlikely to please the opposition," said Maria Luisa Puig, an analyst at the Eurasia Group consultancy. She predicted Santos would skip a potentially fatal second referendum. But that "will raise doubts about (the deal's) political viability and the implementation process," she said in a note.

Some experts sounded more optimistic. "There will be criticism, but not enough to block implementation," said Angelika Rettberg of Los Andes University in Bogota.