Will be talking to Iran pretty soon and maybe not, says Trump 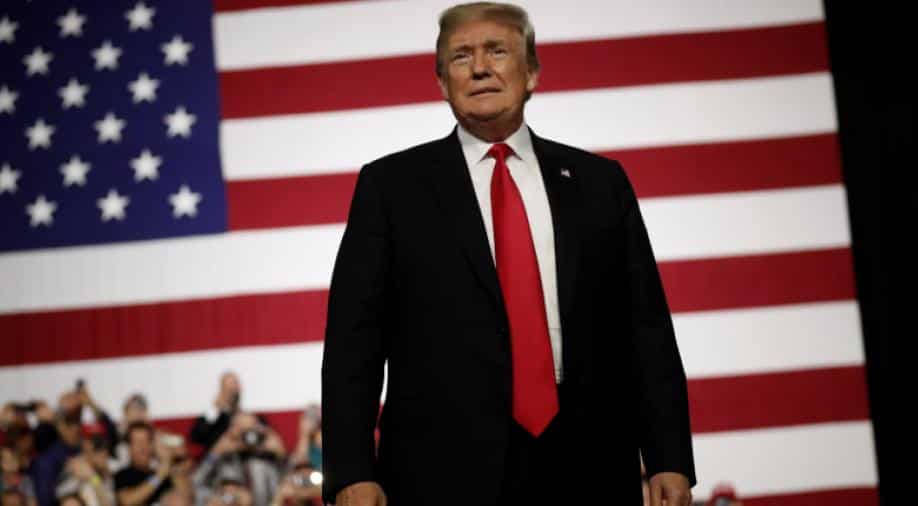 On the Iran deal, the US president said it was a "horrible, one-sided" deal.

Even as Iran remained non-committed to the idea of talks with the US, President Trump said he would be talking to the Rohani government "pretty soon'' but added that "maybe not".

Interior Minister Abdolreza Rahmani Fazli had said on Tuesday to a local channel that "America is not trustworthy", adding that the US withdrawal from the nuclear deal was an "arrogant" decision.

President Trump, however, said two days ago that he was ready to speak to the Iranian leadership "anytime" without preconditions.

"I have a feeling they'll be talking to us pretty soon," Trump told a rally in Tampa, Florida, before adding: "and maybe not, and that's ok too."

On the Iran deal, the US president said it was a "horrible, one-sided" deal. The US is set to start reimposing full sanctions on Iran from August 6 with Iran's currency already in free fall.

Last week the US president had attacked the Rohani administration in an all-caps tirade on Twitter warning the country not to threaten the US, cautioning it that it may "suffer consequences".

Iran president Rohani had hit back warning that hostile US policies could lead to "the mother of all wars."

"Sanctions and pressures are the exact opposite of dialogue," Bahram Qasemi was quoted as saying by Fars news agency. "How can Trump prove to the Iranian nation that his comments of last night reflect a true intention for negotiation and have not been expressed for populist gains?" he added.

Meanwhile, Iran’s currency dropped past 120,000 rials to the dollar, as Iranians brace for August 7 when the US sanctions come into effect.