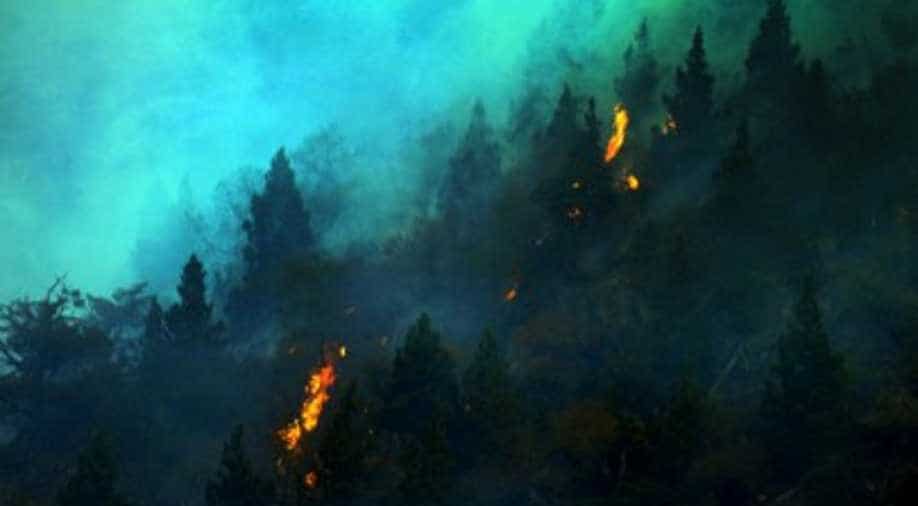 A huge forest fire ravaged 50 hectares and destroyed homes near the tourist city of Valparaiso in western Chile, prompting the authorities to evacuate hundreds of people on Monday.

At least one person was reported hurt after the fire broke out near the historic port city, the National Emergencies Office (ONEMI) said in a statement.

Television pictures showed thick grey smoke filling the streets in the village of Laguna Verde, where the blaze struck.

The flames destroyed five homes and 50 hectares of woodland, ONEMI said on Monday evening. It reported no fatalities for the time being.

Some 200 people had been evacuated from their homes as a precaution, the agency added.

Electrical service providers said they had cut power to nearly 48,000 customers also as a precaution.

Fanned by strong winds in hot summer weather, the fire broke out in the wooded, hilly region that makes Valparaiso a picturesque tourist destination.

Laguna Verde lies some 15 kilometers (nine miles) south of Valparaiso, a city built on 40 hills with stunning views over the sea.

The picturesque colonial city is a UNESCO World Heritage Site, visited by thousands of tourists every year.

Wildfires killed 15 people and destroyed thousands of homes in the area in 2014.

More blazes in March 2015 killed one woman and forced thousands of people from their homes.