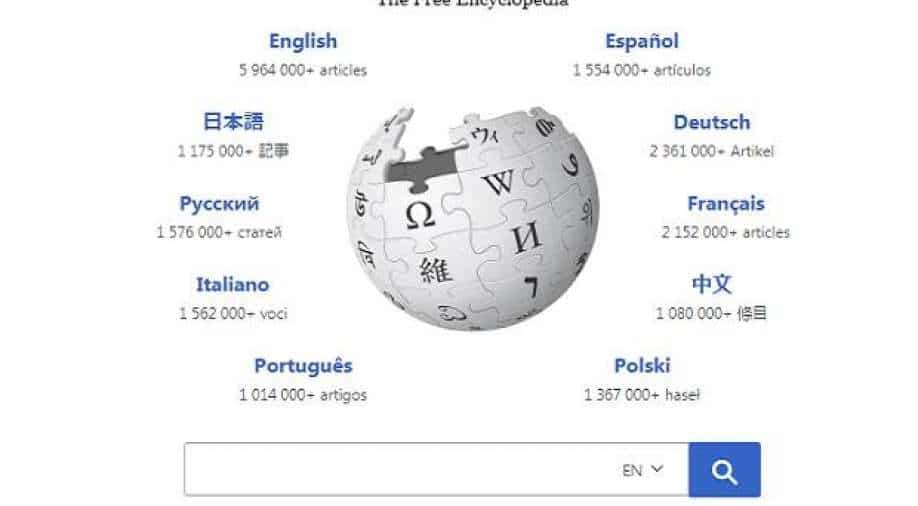 The number of volunteers on the website are 2,80,000. The website is read more than 8,000 times a second. Search for anything online the chances are- Wikipedia will feature in the top results

Wikipedia started 20 years ago. Today, the platform boasts of 56 million articles. Every month, Wikipedia gets at least 1.7 billion unique visitors and the number of monthly hits is around 15 million.

The number of volunteers on the website are 2,80,000. The website is read more than 8,000 times a second. Search for anything online the chances are- Wikipedia will feature in the top results.

The website offers information in 316 languages. These are the most common.

How much of the information is accurate and fact-checked?

No one won't vouch for it neither does Wikipedia. According to the website, "any article could be edited by any reader".

"Any article could contain inaccuracies... and the nonsensical or irrelevant text".  Wikipedia is edited more than 350 times per minute.

The page of former US President George W. Bush was once the most-edited. Now, it is the list of WWE professional wrestlers.

The page has over 53,000 edits and fewer controversies than Bush's page.

Among the most-controversial pages on Wikipedia are anarchism, Jesus, Mohammed, Christianity, circumcision, race and intelligence.

Editors and volunteers are forever warring over words here. Wikipedia is the world's largest reference. It is also- among the 15 most popular destinations online.

How did a 20-year-old platform come so far?

Wikipedia has a staff of just around 300. The platform depends entirely on volunteers and open source. Each summer, Wikipedia's staff get together with their most fanatical contributors for a 5-day conference. It's called Wikimania.

They discuss- inclusion, deletion, representation and citation. The venue for the 20th-anniversary edition is supposed to be Bangkok. Wikipedia's founder- Jimmy Wales wants the platform to be the internet's oxford university.

Jimmy Wales said: "We really do focus on how do we build an institution that can last as long as, you know, Oxford university? We really want to be that type of thing in society for a long time to come."