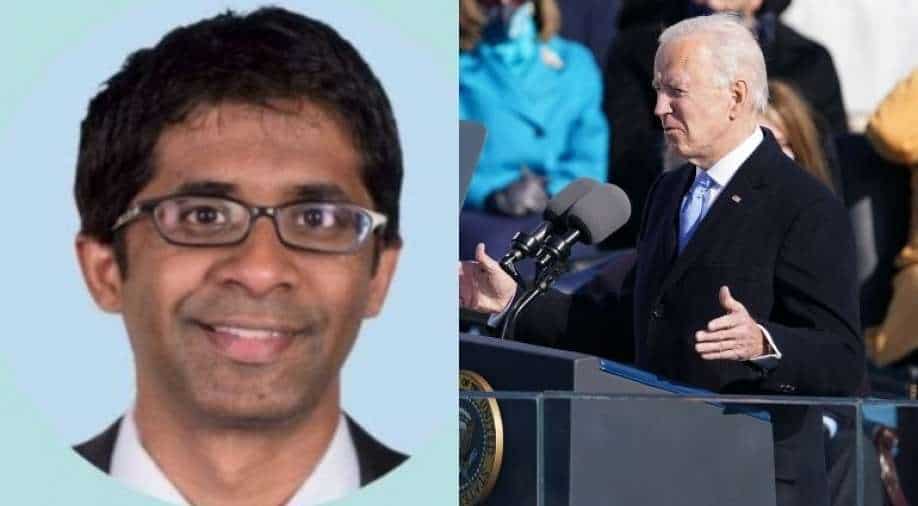 Michael Beschloss, a presidential historian, described US president's speech in a tweet as 'modest, austere, grave, calming, cleansing' and 'inspiring'

US President Joe Biden's inaugural speech that was based on unity, democracy and hope and widely praised by people worldwide was written by Indian American Vinay Reddy.

Here are some of the quotes from the speech that struck a chord.

"This is America's day, this is democracy's day, the day of history and hope. Today we celebrate a triumph, not of a candidate, but of a cause. We have learned again that democracy is precious, democracy is fragile. At this hour my friends, Democracy has prevailed."

"Here we stand just days after a riotous mob thought they could use violence to silence the will of the people, to stop the work of our democracy, to drive us from this sacred ground. It did not happen. It will never happen. Not today, not tomorrow, not ever. Not ever."

He also insisted that he will be a "president for all Americans",

Michael Beschloss, a presidential historian, described US president's speech in a tweet as "modest, austere, grave, calming, cleansing" and "inspiring".

Biden inaugural address will be known for three words:
“Democracy has prevailed."

Several people from the media fraternity also lauded Biden's speech, saying that he delivered what the US required at this moment.

"Biden's speech is about appealing to 'our better angels', 'history, faith, and reason', 'dignity', 'respect', 'unity'. It's literally a rebuttal to Trump's 'American carnage' Inaugural address," journalist Matt wrote in a tweet.

Reddy, who grew up in Dayton, Ohio, has previously served as chief speechwriter to Biden during his second term as the Vice President.