Why UK needs to look into the mirror before lecturing others 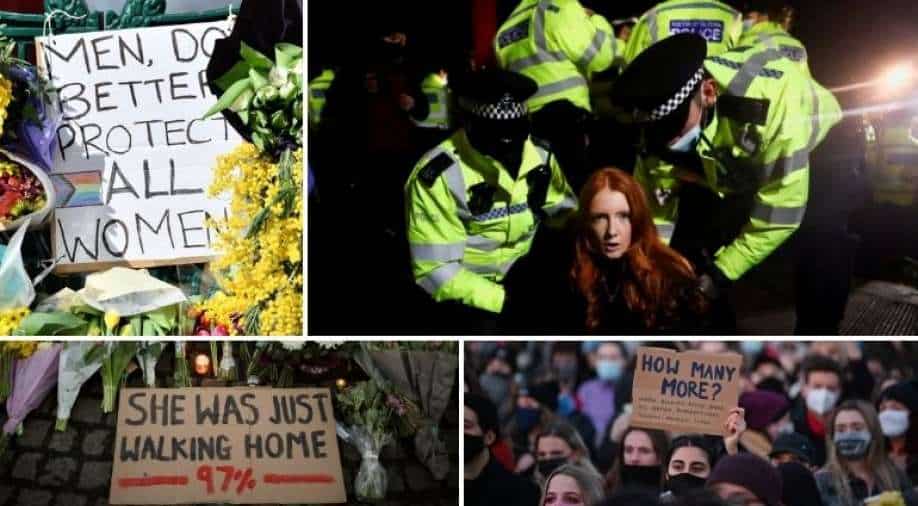 The question is: how many times will UK cops express their "regret" for forcefully detaining peaceful protesters?

Western nations must first set their own house in order before they sit in judgement of others.

A few weeks back a lot of noise was made in the British parliament over India's farm laws.

We are bringing you this story in which you can see British cops, most of whom are men dragging away a female protester as her jeans fell down, and she's left exposed in her underpants.

In pics | 'Heard of human rights?': UK locals take to streets to chant 'kill the bill'

And this happened on the streets of Manchester, one of the most urban and metropolitan cities in the UK.

A group of around 150 demonstrators had gathered to protest against a controversial policing bill.

The protesters were largely peaceful and contained, but dozens of police officers arrived at the scene.

Prepared to crack down, they pushed and dragged away from the protesters, claiming to be just doing their job.

Now as for the woman who was left partially exposed, the Manchester Police said they have spoken to her and offered their apologies.

They say the incident was not deliberate but was indeed regrettable.

The question is: how many times will UK cops express their "regret" for forcefully detaining peaceful protesters?

Not a one-off incident

What happened in Manchester is not a one-off instance.

On March 13, a vigil was held in London for the killing of Sarah Everard.

She was a 33-year-old woman who was murdered on her way home.

A London cop is the main accused in the case.

And as hundreds of women gathered to express their grief and pay respects, the London Police launched a crackdown.

They arrested the women who were just trying to raise their concerns about women safety.

What has the British government done about this?

It has tabled a new bill to further increase the powers of the police. The bill is called "The Police, Crime, Sentencing and Court Bill" and it's highly problematic.

It gives the police the power of discretion to determine which protests are unlawful and must be dealt with force.

This has led to a national outcry with rights groups and civilians hitting the streets, calling "kill the bill".

They say the bill will outlaw every protest that causes discomfort to 10 Downing Street and will make it easier to convict protesters over petty charges.

In the last two weeks, these protests have taken place in Bristol, Birmingham, Brighton, Cambridge, Liverpool, Leeds, Manchester, Newcastle, Sheffield, among others.

The protests have been peaceful, but the police response not so much.

In the Gravitas video of this story, you can see police brutality in the UK.

Police are using shields as weapons, hitting protesters with batons, shoving them to the ground and when all else fails, simply tossing a police club in their faces.

This is happening in Britain where the parliament is more concerned about debating rights and freedom in former colonies.