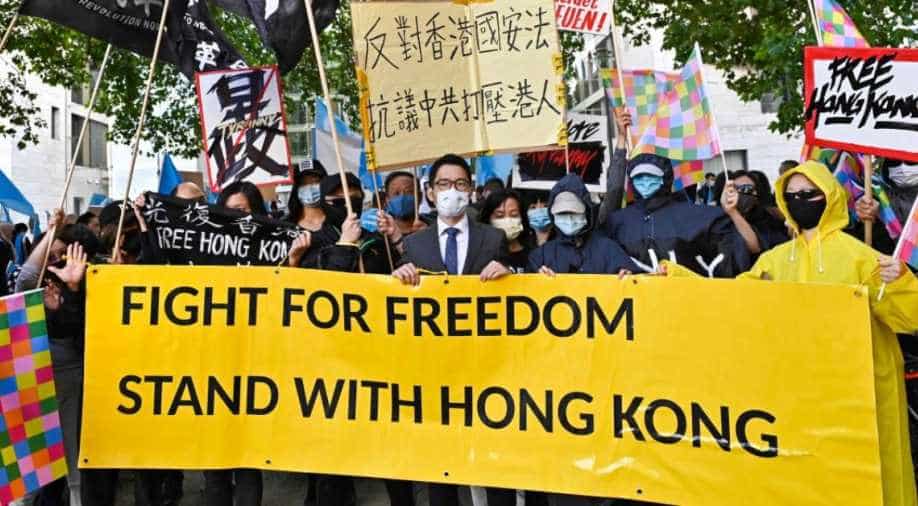 Activists in Hong Kong are being forced to leave their homeland, and are seeking asylum abroad due to China’s authoritarianism. But India can leverage the exodus from Hong Kong to stand up for democracy and human rights, and to gain an upper hand in its fight against the Communist Party of China.

Activists in Hong Kong are being forced to leave their homeland, and are seeking asylum abroad due to China’s authoritarianism. But India can leverage the exodus from Hong Kong to stand up for democracy and human rights, and to gain an upper hand in its fight against the Communist Party of China.

According to South China Morning Post, activists that wanted asylum in the United States managed to enter the American consulate, but were reportedly turned away. China has been cracking down on pro-democracy campaigners.

Leading democracies are reportedly giving an asylum to them. And India should open its doors to the pro-democracy activists too. Not just because of the stand-off at the border. But because India is a democracy, and as a rising world power, it has a responsibility to protect democratic rights in its neighbourhood. Additionally, it must voice its opposition when human rights and basic freedoms are violated.

In 1959, India had granted immediate asylum to the Dalai Lama and thousands of Tibetans. This was after a revolt against the Chinese regime had failed. India's move demonstrated its commitment to human rights and democratic values.

If New Delhi extends asylum to pro-democracy activists from Hong Kong, it would set an example one more time.

And India  would not be the only country to give asylum. Many Indian allies are welcoming refugees from Hong Kong. A group of activists have been given asylum by the United States, Canada and Germany.

The US has put activists from Hong Kong right at the top of their priority list, and specific allocations have been made in this year's proposed refugee resettlement programme. There are at least three bills before the US Congress now that propose greater protections for the people fleeing Hong Kong for the United States.

The British government has made special provisions for activists from HK too. In June, Prime Minister Boris Johnson allowed holders of British overseas passports in Hong Kong to come to the Great Britain, allowing them to live and work in Britain for up to five years. Additionally, they can apply for citizenship too. The residency plan is open to nearly three million people. Hong Kong is a former British colony, and the British government is standing up to defend democracy in Hong Kong.

Any resident of Hong Kong - local or a foreigner - can be potentially detained. This implies that Indians are vulnerable too. The Indian community in Hong Kong has almost 38,000 members. In July, India had urged the United Nations to "seriously and objectively" address its concerns over the developments in Hong Kong.

Bush, in op-ed and book, steps into US migration debate