Why does Donald Trump matter? 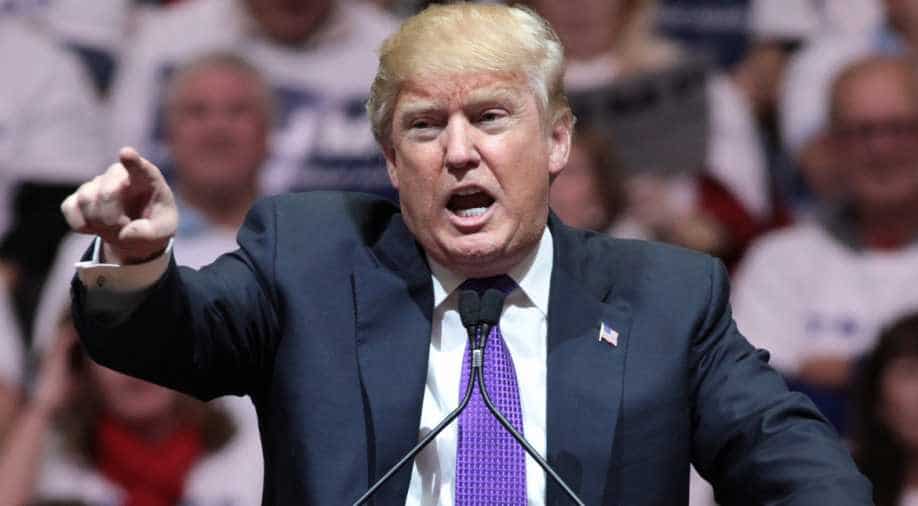 Donald Trump has extended his reality-show persona into everyday political spaces Photograph:( Others )

Why does Donald Trump matter? What factors seem to explain the flourishing of a Trump political brand?

There are several possible factors that show the contingent nature of Trump the brand politician. One, the rise of the everyday white middle class, if not working white man’s frustrations with elite Washington politics. Then there’s the dysfunction, if not corruption, of the US two-party system—especially the Republican Party—that now makes it difficult to distinguish between the two since both are rooted in neoliberal politics relying on market mechanisms to control state “democratic” institutions and vice versa.

Rising income and wealth inequalities across segments of the declining middle class, the growth of conservative media outlets since the 1980s—especially Rupert Murdoch’s business ventures—and the expanding campaign finance system that opens the powerful moneyed interests have all played a part. As do the return of identity politics over recognition and redistribution from the left and right—the political fights and white backlash over affirmative action, Black Lives Matter and the struggles over the classification system, leading to what I call a cultural war over taxonomy as politics for defining citizenship, civic worth and social entitlements.

The growth of the post-9/11 national security state putting an end to 1990s “politically correct” rhetoric and thus affording the “othering” of American citizens; the expansion of new media technologies like social media, allowing direct access to different people, ideas and public spaces, channels and potential markets for more self-advertising campaigns; and the upsurge of partisanship at all levels resulting in economic stagnation and congressional polarisation, among other stalemates, such as stalling Supreme Court nominees.

All these factors have elevated Trump beyond his wildest dreams, extending his reality-show persona into everyday political spaces, providing a public forum with audiences open—or perhaps vulnerable—to his brand of self-assertiveness seen through his exaggerated stories of success and political “outsider” claims.

Most social critics, media pundits, academics and political analysts have gotten Trump wrong. It is not even so much about the rise of Donald Trump. Rather, the ground he has occupied all these years has shifted to favour his kind of personalised, rhetorical and hyperbolic style of brand politics. We should think of the Trump phenomenon, or brand Trump, not as rising but rather more accurately as thriving within shifted social, political and economic environments.

These changes over the past 30 years have made relevant Trump’s bravado, hyper-individualism and anti-elite establishment politics. He is now more acceptable and allowed to flourish in this environment. In other words, the shifting social, economic and political conditions at home and abroad have made it more conducive for Trump to succeed and, therefore, they matter more to both traditionalist and political newcomers alike.

Throughout his campaign, Trump has tried to do several things. He has attempted to be the voice of the forgotten little guy—the white “middle class”—by playing the role of “outsider.”

But he plays the outsider role from within a major party label that gives him real access to mainstream media outlets: the non-politician who is self-made and independent enough to make the right decisions without fear of powerful interests as a show of strength in character and temperament; the successful businessman who knows the rules of the game and can create real change by negotiating deals while taking advantage of established rules/laws (bankruptcy, real estate and tax laws); and the individual with a third party candidate mentality, carefree attitude who exposes the truth about others (while diverting attention away from his own wrongdoings) by displaying a confident every-man’s tough guy persona.

Yes, Trump seems to have implicitly the third party candidate’s “I really can’t win so might as well make best of the spotlight” posture. Trump has played a third-party role since the beginning of the Republican Party primary, which allowed him to outmaneuver and out-shine those other flawed Republicans in the field because his brand, “outsider” claims and unorthodox style appealed to middle/working class white male rage, fears and feelings of discontent with a system that has left them behind.

All this has taken place in the context of what many have called a weak Grand Old Party (GOP), which has rather reluctantly appointed, if not anointed, Trump as the party’s nominee to the US presidency. This comes despite Trump’s own problematic and unprincipled self-interest politics played over the years—donating large amounts of money to campaigns across party lines, including the Clintons. Even more problematic is his constant reliance on the “outsider” trope that also grants him the right to claim the political system is rigged, corrupt or biased against him and his supporters.

Trump matters in another way. He brings a new political deviance rarely seen on the national stage with impunity. For instance, his acceptance of the party nomination and yet emphatically suggesting that he may not accept the results of the election—if he does not win of course.

This moment in modern US political history puts in jeopardy the nation’s long-held conventional democratic practice of engaging in the peaceful transfer of power.

Trump seemingly gets away with such behaviour because he wholeheartedly believes he alone can fix things through providing what the current system supposedly needs: a leader with a candid voice, a straight shooter, a self-financed entrepreneur not dependent on party machines, or big money and Wall Street powers.

In sum, Trump’s brand of politics represents the best and worst of the neoliberal political environment we have today in America. He is an expert in self-asserting his identity into existence, constructing a brand that takes a life of its own and represents success in a materialistic sense. Yet he makes the brand appealing to those mostly at the lower levels of the American working and middle classes who aspire to similar successes and wealth despite the odds being against them, especially when most don’t have a wealthy father who can lend $1 million as a startup fund.

Trump’s brand matters because it appeals to an American sense of individualism, liberty and unlimited opportunities all rooted in some folk notion of puritanical morality.

However, the Trump brand is now more conducive to the new political environment that also includes increased anti-political correctness shepherding the worst tendencies in American social and political life. These range from a renewed sense of white male privilege or entitlement to the carelessness and insensitivity toward others who may find themselves in vulnerable positions: undocumented immigrants, Mexicans, women, refugees, Muslims, African Americans, certain military veterans, LGBTQ members of our society, and even media pundits who do not fall in line, among others.

The mostly rhetorical successes of the Trump brand go beyond this election cycle and into the heart of American liberal democracy. Trump matters because his brand has forced the Republican Party to reconsider its core values and principles, what it will stand for and who it will represent moving forward, whether Trump wins or not.

More broadly, we now have to ponder to what extent Americans will embrace the kinds of values, visions and practices the Trump brand has infused into our social and political culture, especially after November 8. 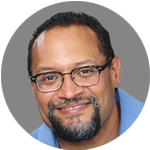 Carlos Figueroa is assistant professor at the Department of Politics at Ithaca College, New York. He is engaged in working-class politics, labour organisation, collective bargaining and urban activism.