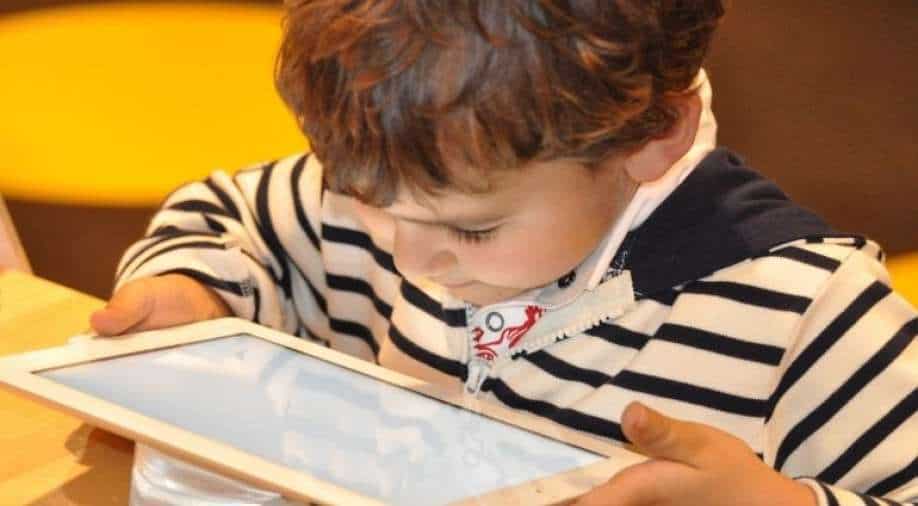 There is growing support among lawmakers and tech executives for different features and safeguards to protect children from sexual predators, inappropriate content, bullying and other risks from being online. Photograph:( Others )

In recent months, internet companies have reworked their apps and policies to try to better protect the safety, privacy and mental health of children. One big reason is Britain

When people younger than 18 record videos and add them to YouTube, the public can no longer watch them. TikTok says it will stop sending app notifications to teenagers at night. Facebook and Google have sharply restricted the ways that advertisers can tailor messages to minors on their sites.

In recent months, internet companies have reworked their apps and policies to try to better protect the safety, privacy and mental health of children. One big reason is Britain.

In September, new guidelines went into effect in the country that may be the world’s most sweeping digital protection aimed at kids. As in the examples above, the British regulations — formally called the Age-Appropriate Design Code or the Children’s Code — are also changing the internet experience for kids and families in the US and other countries.

I’ll explain more about the British protections and why their effects have spread. Children’s advocates are mostly over the moon about it.

One main takeaway is that as US lawmakers are debating updated laws to protect kids online and scolding the head of Instagram, as they did Wednesday, the horse has partly left the barn. Britain is essentially dictating how US internet companies should protect American children.

What’s in this British regulation?

The idea behind the Children’s Code is that companies must build products with the best interests of children in mind, and it makes companies accountable to protect them. The regulations don’t take all control and responsibility from parents and caregivers, but they are a backstop for families.

Among other guidelines, the code requires websites and apps to turn on the highest possible privacy settings by default for people younger than 18 and to turn off features that track children’s locations. Digital services must collect as little information as possible about kids.

Some of the guidelines are vague, partly by design, and that’s one reason the technology industry said it fought the British code. It was adopted last year after a messy process.

It’s too soon to assess how effective the guidelines will be and how they will be enforced. And there are trade-offs. As companies try more aggressive age verification methods, partly in keeping with the British standards and other regulations, it may compromise anonymity online.

But most advocates for children believe the guidelines are a thoughtful approach to remodelling the internet for potentially vulnerable young people. “We definitely are fans,” Common Sense Media CEO James Steyer told me.

Why has this spread globally?

To comply with the British code, Facebook, Google and other companies could have changed features only for kids who live in that country. But practically and philosophically, that might have been a bad choice.

There is growing support among lawmakers and tech executives for different features and safeguards to protect children from sexual predators, inappropriate content, bullying and other risks from being online.

Internet companies know that more regulations like Britain’s are most likely coming, so it may be prudent to act of their own accord. “I think they can see the writing on the wall,” Sonia Livingstone, a professor at the London School of Economics who studies children’s digital rights, told Wired this year.

What is Washington doing?

Members of Congress are deliberating potential updates to the US law for comprehensive online child protection, the Children’s Online Privacy Protection Act. The 1990s law compelled most popular online services in the US to bar users who are younger than 13. But we know that many American kids are online with or without their parents’ permission. The question now is what more could or should be done to help make them safer online.

In a video from The New York Times opinion section, my colleagues made the case that Congress should copy the British regulations. Some US lawmakers have essentially proposed that. “Why not here?” Sen. Richard Blumenthal, D-Conn., asked at Wednesday’s hearing, referring to the British code.

The British regulations are effectively here already, but without the force of US law. Steyer said he was frustrated that Congress hadn’t yet passed new child-safety laws but believed they would be coming very soon. “2022 is going to be very important here for tech legislation and regulation,” he said.