Who wants to be a millionaire? In Ohio, you just need luck, and a COVID vaccine 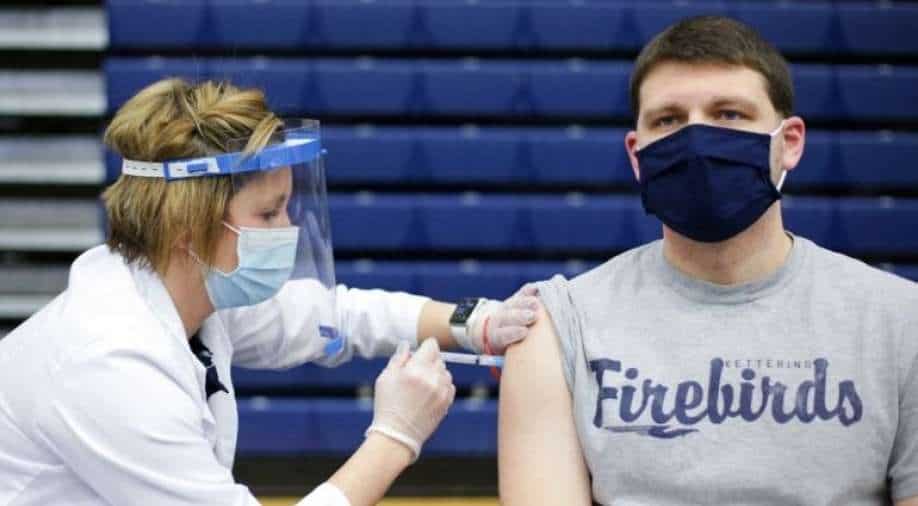 In the days after the state announced the vaccine lottery, the average number of new vaccinations per day increased to as many as 26,000, up from about 15,000, according to state data

After the state of Ohio announced with great fanfare that residents who got at least one shot of a coronavirus vaccine would be eligible to win a hefty $1 million, Jack Pepper saw something remarkable happen at his sleepy rural vaccination clinic.

For the first time in a while, there was a line at the door. Officials, who had been strategizing about how they might give away extra doses, were suddenly operating at full capacity.

“I think we did close to 400 people in four hours,” said Pepper, the administrator for the health department in Athens County, a county of about 65,000 in southeastern Ohio. “Anywhere I go, people are joking with me, ‘Hey, when am I going to win my million dollars?’ ”

Anticipation approached a peak Wednesday as the Ohio lottery campaign — deemed “Vax-a-Million” (including a cheeky bandage on the X) — announced its first winner on television Wednesday night. Abbigail Bugenske of Silverton, Ohio, near Cincinnati, won the first $1 million prize.

Colorado announced its own $1 million vaccine lottery this week, and Oregon is offering a $1 million jackpot, in addition to $10,000 prizes. Elsewhere, state and local officials are getting creative with simple approaches (free beer in Erie County, New York) and fancy ones (dinner with the governor of New Jersey, anyone?).

All of it is meant to lure the remaining 40% of American adults and teenagers who have yet to get a vaccine. But the success of incentives in an era of the coronavirus remains relatively unknown, and the flashy draw of $1 million campaigns has stirred intense debate among politicians, economists and health officials.

In Ohio, the picture is mixed. In the days after the state announced the vaccine lottery, the average number of new vaccinations per day increased to as many as 26,000, up from about 15,000, according to state data, a bump that experts described as meaningful at a time with declining demand nationally. Yet the upticks have come most prominently in rural areas — not the state’s biggest cities — and the campaign started at around the same time that adolescents, ages 12 to 15, were newly permitted to get shots, generating a new burst of interest.

Without a doubt, Ohio’s campaign, which will give out $1 million apiece to five residents over five weeks, has generated buzz and attention. And for good reason: The odds of winning $1 million in the vaccine lottery Wednesday — while minuscule, at about 1 in 2.7 million — was far better for Ohioans than traditional lotteries, where the odds are more like 1 in 12 million.

But not everyone is sold.

The lottery campaign has drawn scrutiny from Ohio Democrats and Republicans alike, some of whom denounced it as “gimmicky” and a “stunt” that represented a poor use of government resources. The lottery — which will also provide five young people, ages 12 to 17, with full-ride college scholarships to any Ohio state school — is being paid for with federal dollars allocated to states to help fight the coronavirus, a use that has been sanctioned by the Biden administration.

Uncertain, though, is how much the prospect of $1 million is changing people’s minds about getting vaccinated.

In Columbus, the biggest city in Ohio, the city health department has seen interest drop off since April and is now distributing about 5,000 vaccines a week. “We have not seen a significant increase,” said Dr. Mysheika Roberts, the health commissioner for Columbus Public Health.

In fact, Roberts said, in neighborhood surveys, some people have expressed reluctance to get shots specifically because of the lottery. “They say the Vax-a-Million makes them feel pressure: ‘Why are they trying to taunt us with money to get this vaccine?’” Roberts said. “That just gives them pause.”

In Holmes County, a rural area that is home to a large Amish population, the vaccination rate remains below 15%. “For our county, we really are pretty conservative,” said Mike Derr, the health commissioner. “The idea of lottery and gambling just really isn’t something that gets people excited.”

Research has shown that incentives can be effective at increasing vaccination rates. As the country splits into the already vaccinated and the adamantly opposed, experts say techniques like the lottery are aimed at a third group: the undecided people in the middle, who may have been considering getting a vaccine, but had not made it a priority.

“The most effective behavior change techniques don’t try to persuade people or change their social experiences,” said Noel Brewer, a professor of health behavior at the University of North Carolina at Chapel Hill. “Instead, they rely on building on people’s existing good intentions.”

Still, some worry that $1 million could be too much of a good thing.

Uri Gneezy, a behavioral economist at the University of California, San Diego, who studies incentives, said a vaccine lottery like Ohio’s could generate buzz and enthusiasm, but he warned that offering too much money could actually backfire.

Imagine a scenario, he said, where a medical school is doing tests on a new cream and offers you $50 to participate. Now, imagine the school offers $50,000.

“Then you say, ‘Hold on, hold on, what am I getting into?’” he said. A big figure like $1 million, he said, could inadvertently send a signal to some that the vaccines are problematic.

Brewer also favored a smaller payout. “$25 is about access,” he said. “$1 million is about twisting my arm.”

DeWine, a Republican, has defended the lottery idea as a powerful, if experimental, incentive at a time when every shot helps stop transmission of the coronavirus.

In a guest essay on Wednesday for The New York Times, DeWine estimated that the campaign had generated more than $23 million in free advertising for vaccinations, and he cited the program’s success among young people, minorities and rural residents.

“The results have exceeded my wildest expectations,” DeWine wrote.

Garen Rhome, the health administrator in rural Harrison County, Ohio, where vaccinations increased by more than 140% after the lottery was announced, said even a small bump could make a difference.

“If anything, it could influence the timing of the decision,” said Rhome, describing the effect of the campaign statewide. “If we can get an extra million people vaccinated in June, rather than in July, let’s see that happen.”