WHO says wants more details from Tanzania on its Covid response 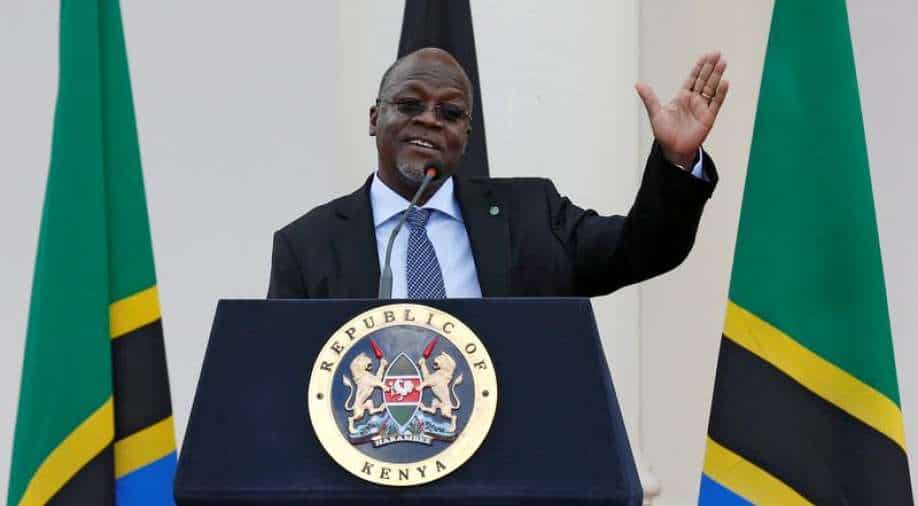 President John Magufuli's sceptical approach towards COVID-19 has caused alarm among WHO officials. He has claimed coronavirus has been has fended off by prayer in Tanzania, and has refused to take tough measures to curb its spread.

The head of the World Health Organisation (WHO) on Sunday appealed to Tanzania to share information on its measures to combat the coronavirus pandemic, saying the authorities there had repeatedly ignored his requests.

President John Magufuli's sceptical approach towards COVID-19 has caused alarm among WHO officials. He has claimed coronavirus has been has fended off by prayer in Tanzania, and has refused to take tough measures to curb its spread.

WHO director-general Tedros Adhanom Ghebreyesus said on Sunday that Tanzanians testing positive for COVID-19 abroad underscored "the need for Tanzania to take robust action both to safeguard their own people and protect populations in these countries and beyond."

Tedros said he had urged Tanzania in late January to take measures against the pandemic and to prepare for vaccinations.

"Since then I have spoken with several authorities in Tanzania but WHO is yet to receive any information regarding what measures Tanzania is taking to respond to the pandemic.

In a statement later on Sunday, Magufuli`s office said the president wanted Tanzanians to follow measures to protect themselves against coronavirus. However, it also said that: "Magufuli wants Tanzanians to ... trust and put God first, given that wearing masks, social distancing and lockdowns have been seen to be insufficient as countries that implemented them have lost thousands compared to Tanzania."

Magufuli said Tanzanians should wear only use locally-made face masks, saying foreign-made ones may be unsafe.

At the same time, Magufuli revealed he had secretly had a variety of items tested for the virus -- of which a papaya, a quail and a goat apparently tested positive.

On Wednesday, the vice president of semi-autonomous Zanzibar, Seif Sharif Hamad, died after his opposition party admitted he had contracted coronavirus.

The cause of death has not been revealed. But Magufuli brought up Covid-19 at his funeral.

"When this respiratory disease erupted last year, we won because we put God first and took other measures. I'm sure we will win again if we do so this time around," he said.