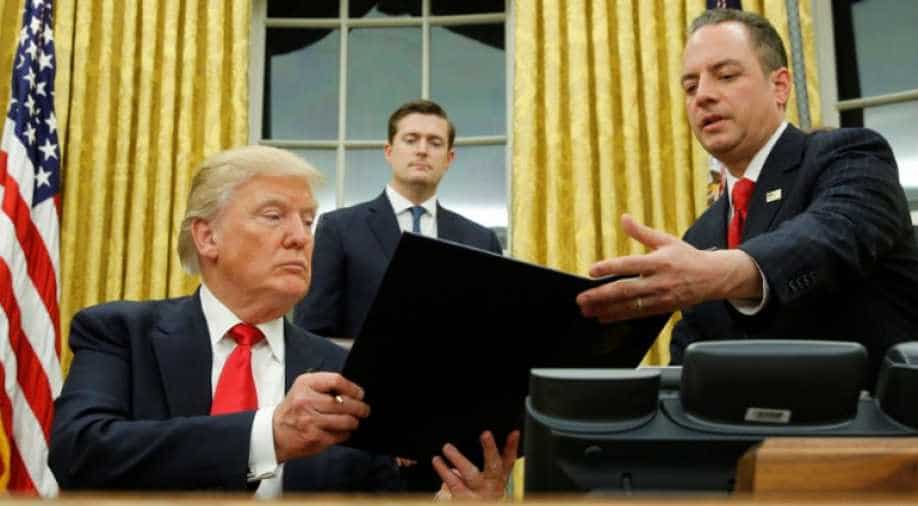 The White House has launched an internal probe of the use of private email for official business by senior aides to President Donald Trump, news outlet Politico reported Thursday.

The administration is scouring the White House server for emails to and from private email accounts of these aides, Politico said, quoting four people familiar with the probe.

Politico said the probe began this week after it reported private email use by Kushner.

The internal probe could take weeks or even months, it said.

Trump's White House legal staff is reviewing the accounts to see if any of the messages sent relate to the Russia probes being carried out by two congressional panels and special counsel Robert Mueller, Politico quoted one of its sources as saying.

As a candidate, Trump routinely attacked his Democrat rival Hillary Clinton over her use of a private email server while she was secretary of state, telling supporters "she has to go to jail" over the affair.

Politico reported Monday that Kushner used a personal account to send messages to senior White House officials and outside advisers about media coverage, planning events, and other issues.

There is no suggestion the emails contained highly sensitive information or were classified, it added, but they could fall foul of the Presidential Records Act, which requires all documents related to the president's personal and political activities to be archived.

Kushner's numerous responsibilities within the Trump administration include trying to broker peace in the Israeli-Palestinian conflict.

In addition to the email controversy, Kushner is facing scrutiny over the Trump campaign's alleged collusion with Russia to interfere in the 2016 US election, which is the subject of the probes in Congress and by Mueller.