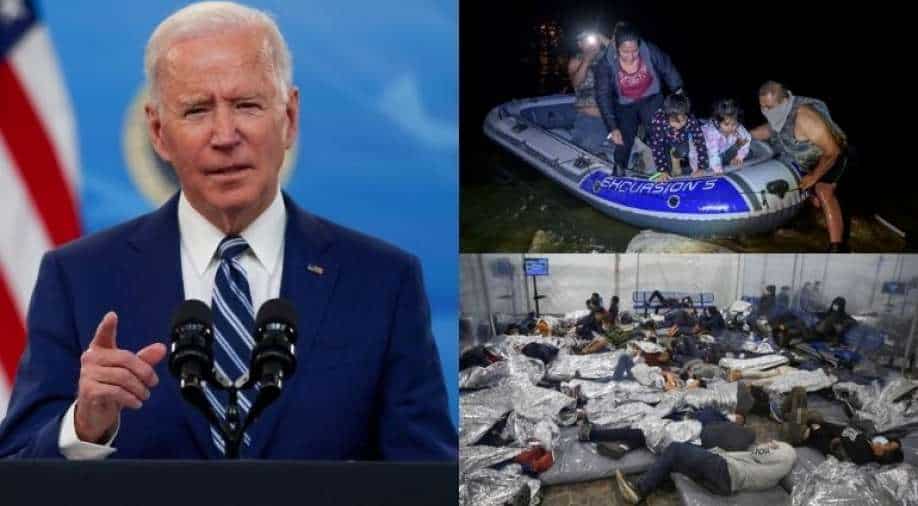 A jump in immigration from the three Northern Triangle countries of Guatemala, Honduras, and El Salvador has posed one of the biggest political challenges to the new Biden administration

US President Joe Biden's special envoy Ricardo Zuñiga said on Tuesday that the White House is looking to create legal ways for Central American migrants to reach the country.

Zuñiga, Biden's envoy to the so-called Northern Triangle countries in Central America, said on a visit to Guatemala that the White House was looking to offer protection to migrants amid a push by Biden to reshape the US border policy.

A jump in immigration from the three Northern Triangle countries of Guatemala, Honduras, and El Salvador has posed one of the biggest political challenges to the new Biden administration.

A day after meeting with Guatemalan President Alejandro Giammattei, Zuñiga met most of his government's senior cabinet ministers to discuss how to improve security as well as economic and societal conditions that drive Guatemalans to migrate.

"We are here to also talk about the need and the efforts of the White House to create legal means for migration so that people do not have to use irregular and dangerous routes," Zuñiga said in a press conference.

"We also want to make sure that there are ways and means of accessing protection for people who require that protection," he added.

Murders and kidnappings of Central American migrants along their treacherous journey to the United States, especially in Mexico, has led to the criticism that the Biden administration and US policies expose migrants to such great risks.

Zuñiga will also visit El Salvador later this week and discussed migration "in a comprehensive fashion" with Honduran Foreign Minister Lisandro Rosales last Friday, according to a ministry statement on Monday.

US authorities caught more than 171,000 migrants along the US-Mexico border in March, the highest monthly total in two decades and the latest sign of the mounting humanitarian challenge confronting Biden's administration.

The US risks losing its status as the world’s largest economy to China by the end of the decade if it doesn’t increase legal immigration, according to a study released Wednesday by a tech industry group that favors admitting more foreign workers.

The report projects that the American economy will be three-quarters the size of China’s by 2050 under current U.S. population trends and immigration levels.

Mask free and hugs: How the West is rushing towards exit of pandemic