What to make of the Trump win? 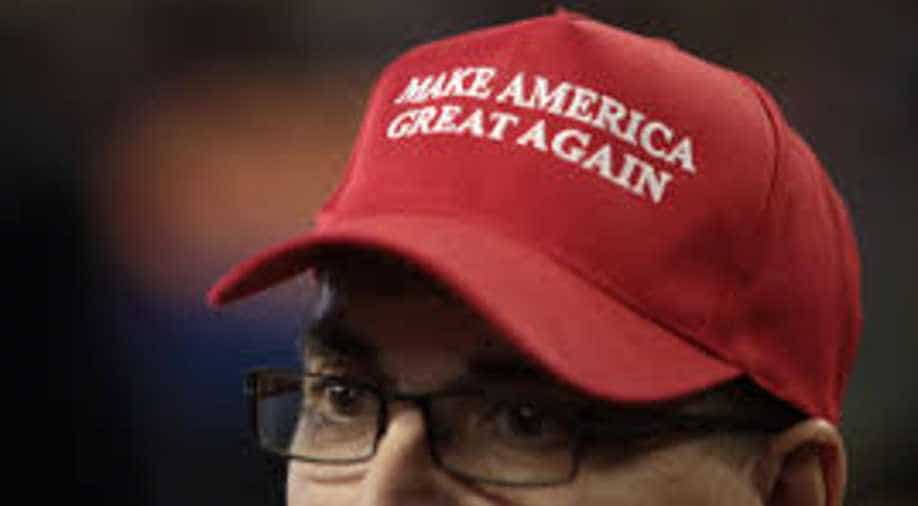 The white working and middle-class, the most powerful segments of the US electorate, have voted overwhelmingly for Trump Photograph:( Others )

Grief, anguish and even anger have raged among a sizable section of the American society as the inconsistent, abusive, and xenophobic Donald J. Trump prevailed in the bitterly fought US presidential election following a two years of ugly campaigning. Though he received less popular vote than his main opponent Hillary Rodham Clinton, Trump primarily won because of the archaic electoral college vote system prevailing in the US. Ever since the informal declaration of the result, anti-Trump protests broke out in many US cities for several days now and its showing no sign of ceasing.

For passionate and politically conscious liberals, Trump’s win is an unbearable reality. Hence, their frustration and rage are running high.

Entire political establishment of the US, the media, pollsters, civil society, Hollywood, intelligentsia, minorities, liberals  - all were stunned by the demagogue’s highly unexpected victory. Is the US, still the most powerful country and the largest economy on the surface of the earth, going to change forever domestically? The white working and middle-class, the most powerful segments of the US electorate, have voted way more for Trump than the domestically liberal Hillary. If this new support pattern persists, indeed there will be a paradigm shift in the US domestic politics.

The white working and middle-class, the most powerful segments of the US electorate, have voted way more for Trump than the domestically liberal Hillary.

Many have predicted that a Trump win would mean the end of free trade and revoking of economic protectionism.  Also, the nature of USA, as a country of immigrants, shall change. There are suspicions that he holds a deep-rooted racist view of America. Some fear that President Barack Obama's signature achievement of his presidency, the ‘Obamacare' (the health care system which he introduced in 2009 with the help of the then democrat-dominated Congress through the enacting  ‘Patient Protection and Affordable Care Act’ ), which is a comprehensive pro-poor scheme, could  become the first casualty in Republican America under Trump’s auspice .

However, all may not be doomed and gloom. Some analysts are opining that raw and demagoguery communication style was a tool that Trump employed to win the election, but not necessarily that he would follow up on after the election. Some commentators say that he is bound to come to terms with reality because it’s impossible for him to deliver exactly what he promised. He is already trying to unify a highly polarised American society which is, partly, an outcome of the divisive election campaign he ran for the last couple of years.

In many occasions, Trump will have to be flexible, balanced and innovative. It’s not going to be easy though. Interestingly right after the election, he has started showing flexibility by stating that he will retain the popular key features of Obamacare as he goes about replacing it.

There is also no easy way to implement one of his key election promises to bring back manufacturing in the Midwestern US.

There is also no easy way to implement one of his key election promises to bring back manufacturing in the Midwestern US. For that to happen, he has to reverse many of the progress made by long and exhaustive free trade negotiations and agreements among influential international actors. He may not get the critical support from the Congress for that. Even if he manages political support of the Congress, his protectionist drive to bring back manufacturing may encourage reactionary measures by the affected countries, which in turn may harm other economic sectors of the US.

Free trade, over past decades, has spread across the globe. Brought about  by the demise of communism, it has, in fact, kept resisting the rebirth of communism or high-socialism in the world. This is a core global politico-economic ideology that both Republicans and the Democrats of the US embrace whole-heartedly. Trump may not be able to disengage them from free trade to any considerable degree.

The only sane thing Trump has been talking was to make US allies pay for the defense and security service that it renders to them. Or else, he is likely to withdraw these services to cut the country's expenditure cost. That would be another major policy shift. It would mean a highly significant change to the post-World War II and post-communist global order. The vacuum which might be created by a potential US withdrawal of military funding will frighten Europe due to their perceived threat from Russia. A Similar effect will take place in Asia, particularly in Japan and India with regards to China.

Trump has indicated to the US allies that they should either pay the US enough or take care of their own defense by building their military, even nukes and missiles. This means that these countries can do full-fledged rearming, bringing a tectonic shift in the global balance of power and dilution of American military hegemony across the world. Again, both Democrats and Republicans might find it difficult to swallow this bitter pill. But this is the only pragmatic talk that Trump actually did. To share the costly burden of the war against global terrorist phenomena, such as ISIS and Al Qaida, he seems to be ready to accede geo-strategic space to competitors like Russia. All in all, Trump appears to have a vision of more inward-looking America. If that causes insecurity to some distant foreign land, he won’t bother. But all these are against the established dominant philosophy of both Republican and Democratic parties of the US.

The reality is, the power of US presidency is substantially checked by US Congress. Give his distance with the Republicans and acrimony with the Democrats, it’s difficult to foresee that he will be able to exercise enough leverage to materialise his vision. It’s hard to say right now whether that would be good or bad for the US and the rest of the world.