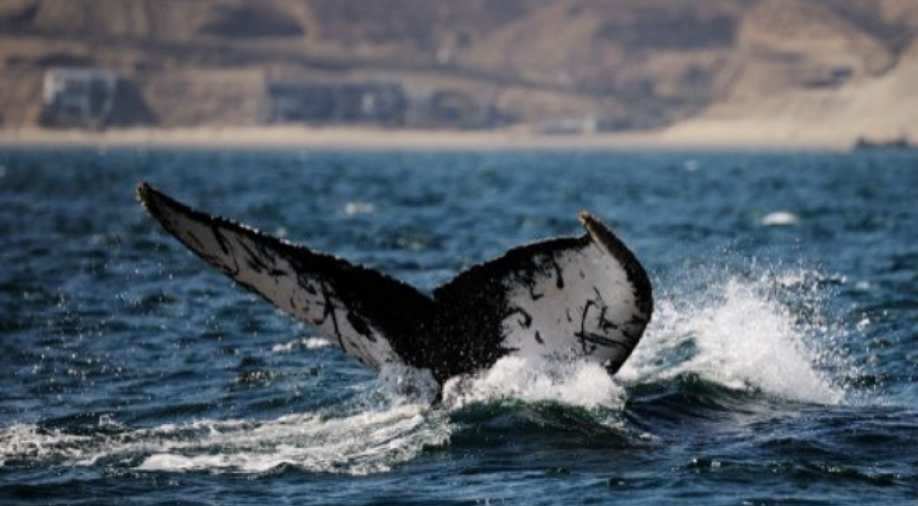 The dead whales, part of a group of 50 stranded whales, were discovered late Friday near Gardur, some 50 kilometres (31 miles) from the capital Reykjavik.

Some 20 pilot whales have died stranded in mysterious circumstances on the south-western coast of Iceland, emergency services said Saturday, only two weeks after a similarly unexplained mass stranding had already killed dozens of the long-finned cetaceans.

The dead whales, part of a group of 50 stranded whales, were discovered late Friday near Gardur, some 50 kilometres (31 miles) from the capital Reykjavik.

According to Icelandic media, locals began rescue efforts to save the whales even before emergency teams arrived.

"Around 90 volunteers worked all night to keep the animals wet," David Mar Bjarnason, a spokesman for the Icelandic research and rescue association, told AFP.

By 08H00 GMT the last of the surviving whales were back in deep water.

"We had to wait for high tide to get them back into the sea," Bjarnason said.

Pilot whales are relatively plentiful, with their stock in the Atlantic estimated at between 500,000 and 800,000 animals.

Last month 52 dead stranded whales were spotted on a remote beach in the west of the north Atlantic island nation.

Pilot whales, which belong to the dolphin family and feed primarily on squid, can sometimes get stuck if they follow their prey into shallow coastal waters.

But scientists are mystified as to why such large numbers should get stranded at the same time.

Some theories mention magnetic field interference, while others say that a pod of pilot whales will always follow a single leader -- even if that dominant whale leads them into mortal danger.