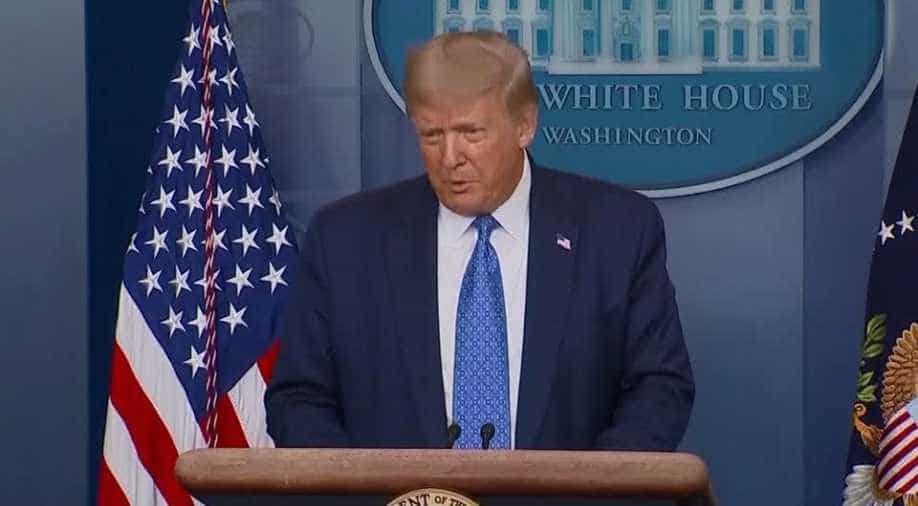 The White House does not appear to be making any changes to current coronavirus protocol despite President Donald Trump and the First Lady testing positive for COVID-19.

It is also being reported by the local media that the White House is not planning to move to a different, more reliable testing system. The existing system apparently failed to detect that advisor Hope Hicks had the virus the day she began experiencing symptoms.

Trump and his campaign have received widespread criticism for their approach towards handling the pandemic.

Trump has played down the deadliness of the virus for months, frequently eschews masks and has held campaign rallies of thousands with little social distancing even as more than 207,000 died in the US.

Trump announced that he and his wife, Melania, had tested positive for COVID-19 early Friday. Both travelled to Cleveland on Tuesday for the first presidential debate of the campaign.

Biden's remarks as he campaigned in the battleground state of Michigan hours after testing negative twice for the virus, served as an implicit criticism of the Republican president.

The president was experiencing mild symptoms and will be off the trail indefinitely. The White House said Trump was being moved into a special suite at Walter Reed National Military Medical Center in Bethesda, Maryland, for the next few days as a precautionary measure.

At a union hall in Grand Rapids, Biden said he and his wife, Jill Biden, were praying that Trump and the first lady, Melania Trump, had a swift and full recovery. He delivered the entire speech while wearing a blue medical mask, a departure from prior events where he typically took off his mask before speaking.

"This is not a matter of politics," Biden said. "It`s a bracing reminder to all of us that we have to take this virus seriously. It`s not going away automatically."

"Be patriotic," Biden said. "It's not about being a tough guy. It's about doing your part."

During Tuesday`s chaotic presidential debate, Trump mocked Biden for wearing a mask at his events, even when he is far away from other people.