We've shown that US will do what's right: Jared Kushner in Jerusalem 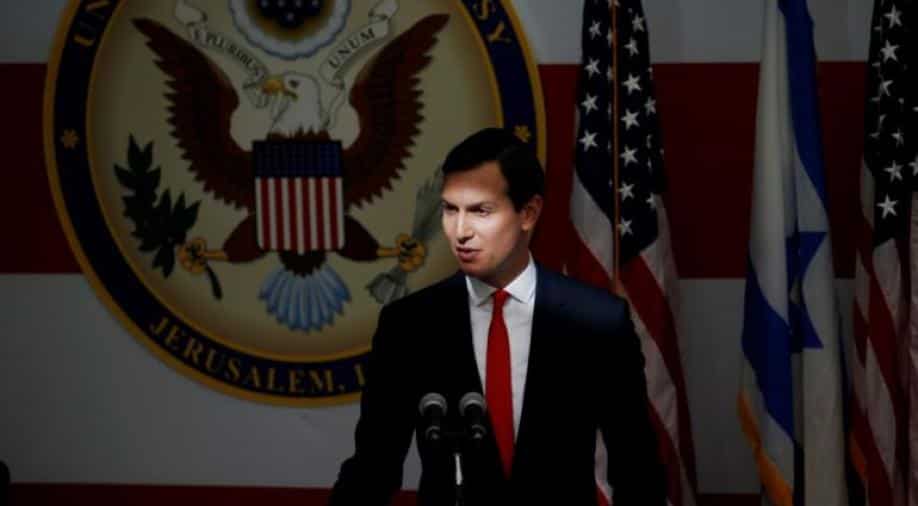 Meanwhile, violent protests erupted along the Gaza Strip's border ahead of the opening of the US embassy in Jerusalem on Monday

US envoy to the Middle East and Trump's senior advisor on the region, Jared Kushner, in his speech at the embassy inauguration ceremony today, noted that the move shows that the entire world can trust the United States.

"Jerusalem must remain a city that brings people of all faiths together," noted Kushner.

"When President Trump makes a promise, he keeps it," Kushner said at the embassy's opening ceremony.

"Today also demonstrates American leadership. By moving our embassy to Jerusalem, we have shown the world once again that the United States can be trusted," he said.

"We stand with our friends and our allies, and above all else, we've shown that the United States of America will do what's right," Kushner noted.

US President Donald Trump, in a recorded message, reiterated United States' commitment to peace between Israel and the Palestinians.

"Our greatest hope is for peace," said Trump. "The United States remains fully committed to facilitating a lasting peace agreement," he noted.

"The United States will always be a great friend of Israel and a partner in the cause of freedom and peace," Trump stated.

Meanwhile, violent protests erupted along the Gaza Strip's border ahead of the opening of the US embassy in Jerusalem on Monday.

As many as 43 Palestinians have been killed so far by Israeli forces as angry protesters demonstrated at the frontier.

United States opened its embassy in Jerusalem a short while ago in a festive ceremony which was attended by Ivanka Trump, advisor to US President Trump, and her husband Jared Kushner.