WeChat, wild rumours and all, is their lifeline. Washington may end that 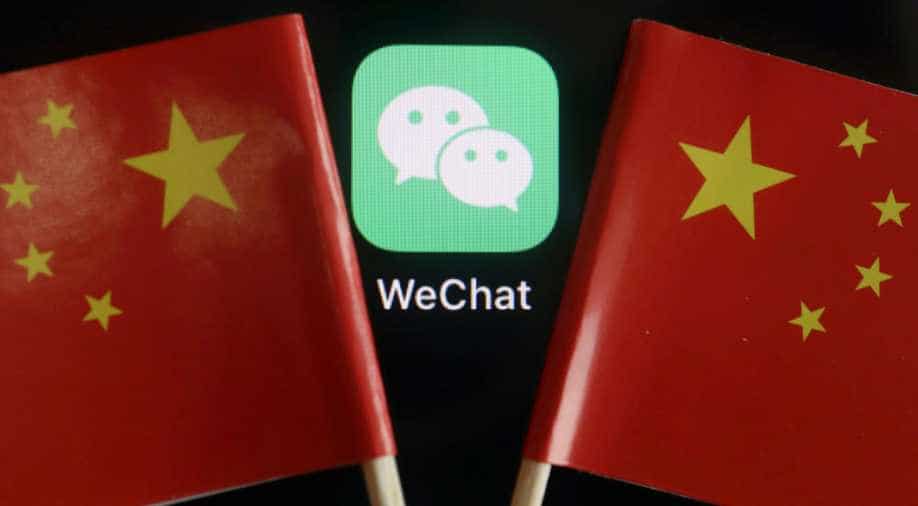 The Trump administration has argued that WeChat endangers national security by collecting data from American users that could be retrieved by China’s Communist government.

NEW YORK — When Sin Yee Tsui immigrated to New York in 1982 to work as a seamstress, it took so long for her to receive letters from China that she did not learn of her father’s death until after his funeral.

Everything changed after WeChat, the Chinese messaging app, was released in 2011. She now wakes up every morning to greetings from relatives, in both her old homeland and her new one, a source of cheer during her retirement in Manhattan.

“WeChat has made my life in America much happier,” she said. “When I am feeling sad or troubled by anything, I no longer have to keep it all to myself.”

But if WeChat — and its billion users worldwide — have created a sense of community and belonging for immigrants like Tsui, the app has also exposed her to a cascade of information, disinformation and Chinese government propaganda on subjects as varied as the pandemic, Black Lives Matter and the democracy movement in Hong Kong.

Even neighborhood news can be distorted: In August, a false post that said a beloved Chinatown bakery was closing caused a crowd to descend on the storefront. Tsui’s son, Justin Tsui, 37, even walked to the Manhattan bakery to prove to her that the post was wrong.

This powerful combination — the comfort and convenience of connections around the world, the isolation and distortion of an echo chamber — is common to many social media platforms. But WeChat is unique on the American digital landscape in that it has quietly and profoundly reshaped the immigrant experience for one of the nation’s fastest growing ethnic populations, the estimated 5 million people of Chinese descent living in America.

It has also drawn the ire of President Donald Trump, who is trying to prohibit it.

On Friday, the legal fight over WeChat’s future in the United States intensified when the Trump administration appealed a federal judge’s ruling that had halted the federal government’s ban on the app.

The administration has argued that WeChat endangers national security by collecting data from American users that could be retrieved by China’s Communist government. The federal judge in San Francisco issued a temporary injunction last month preventing the ban from taking effect, citing free speech concerns after lawyers compared it to an attempt to shut down a newspaper or television station.

The prospect of a ban, though, has rippled through Chinese-speaking communities across the country, with many like Justin Tsui and his mother expressing alarm, if also acknowledging some ambivalence.

“Even if our parents believe a little bit of this garbage on WeChat, they are still connected to their relatives, people they may never be able to see again,” he said.

With 19 million regular users in the United States, the app is a vital bridge to China, where almost everyone uses it and the authorities block its global competitors, including Facebook. WeChat has facilitated trade and commerce, while making it far easier for Chinese immigrants in America — students, tech workers and others — to maintain ties to friends and family.

But critics say the app has also created a Chinese-language information silo that has given Beijing’s propagandists and censors a foothold in the United States. Because WeChat is owned by Chinese internet giant Tencent, keeping it under the watchful eye of the Chinese government, posts that criticize China’s leader, Xi Jinping, or mention sensitive topics like human rights can be quickly removed, even if the authors are in the United States.

The situation is of particular concern to officials who are suspicious of China’s efforts to meddle in U.S. elections, because WeChat has already helped inspire activism among a population that has long felt ignored by American politicians.

Still, for Americans to communicate with people in mainland China, there are few alternatives. WeChat is an all-in-one tool that allows users to text, share photos and videos, read news, make payments and even send virtual red envelopes of cash, a Chinese New Year tradition.

WeChat helped raise awareness about the coronavirus when it first spread in China, prompting some Chinese people in America to begin avoiding indoor dining as early as January. In New York City, Asian Americans have had the lowest virus infection rates of any racial group, the city’s Department of Health and Mental Hygiene said.

During the initial surge of cases in New York, Chinese Americans quickly mobilized on WeChat to raise hundreds of thousands of dollars and ship medical supplies from China to doctors in America at a time of dire shortages.

WeChat was also filled with fearmongering rumors, including messages claiming cashiers at certain grocery stores in New York had the virus.

David Wang, 50, a UPS supervisor living in Queens, is active in WeChat groups to discuss Bible passages with his friends from church, most of whom are native Chinese speakers. The online communities, which are akin to Facebook groups, form around common interests or backgrounds.

Earlier this year, one of those friends sent Wang a video on WeChat, which showed bodies floating in water with Chinese captions that falsely claimed Americans were feeling so hopeless during the pandemic that they were committing mass suicide.

“We were like, where did you get this thing?” said Wang, who immigrated to the United States from Taiwan in 1983. “It’s so absurd. We told her not to believe a lot of these things. It’s bad, but it’s not this crazy bad.”

He has also regularly clicked on articles sent by friends, only to find the links disabled by WeChat’s censors — including articles about dissidents like imprisoned Christian pastor Wang Yi.

Often, the rumors on WeChat are more trivial but still can lead to real-world consequences.

In August, a WeChat post falsely claimed that Taipan Bakery, a popular Chinese bakery in Manhattan and Queens, was about to close. Older customers rushed to the stores to cash in their gift cards, waiting for hours on narrow sidewalks in the heat.

The chaos overwhelmed the bakery’s cooks, who worked late into the night to prepare more pastries. Since the gift cards were prepaid, the purchases were not generating much extra profit for the business.

An employee stood in line to reassure customers, and the stores put up paper signs in Chinese dispelling the rumor. But some customers insisted on using their gift cards immediately, according to a family member of the bakery’s owner. The family still does not know how the rumor started.

WeChat is a vital tool for political activism by Chinese immigrants, whose political engagement and voter turnout have traditionally been low amid a lack of outreach by both major parties.

The narratives that gain the most traction on WeChat often pit Chinese Americans against other minority groups and portray Chinese people as victims of bullying and discrimination.

In 2016, WeChat groups mobilized tens of thousands of Chinese people across the United States to protest in the streets — some for the very first time — the manslaughter conviction of Peter Liang, a Chinese American New York City police officer, in the killing of Akai Gurley, a Black man.

WeChat has played a significant role in organizing campaigns that accuse high school and college admissions of discriminating against Asian American applicants, including a closely watched lawsuit against Harvard University.

Right-leaning WeChat groups had a wider reach than left-leaning ones, according to a 2017 study. Many WeChat users have questioned why Trump would ban a platform that is used by so many of his supporters.

Phil Wong, 54, a parent and civil rights organizer in Queens, said WeChat groups helped him to galvanize thousands of Chinese parents to protest a 2018 proposal by New York City officials to eliminate the entrance exam for admission to the city’s top public high schools.

They believed the change would hurt their children’s chances of getting into the schools, whose makeup is disproportionately Asian.

After the uproar from Chinese and other Asian parents, the proposal failed.

Even though WeChat has invigorated political protests by Chinese Americans, Wong said he was often appalled by the anti-American propaganda on the app, including videos from the protests after George Floyd’s killing in May that were repackaged to amplify footage of looting and arson to promote a narrative that American democracy was evil.

“It gets me so mad,” Wong said. “This is not happening to every street in every city.”

In June, WeChat was set aflame by a viral open letter written by a Chinese American student at Yale University, who said the Chinese community suffered from “rampant anti-Blackness.”

Amelia Wang, 17, a Shanghai native who moved to the United States in 2017, discussed the letter with her mother, who responded by sharing a different WeChat article by a Chinese parent. The article accused Chinese American children of being “brainwashed” by the American education system.

Still, Wang and others said WeChat offered more nuanced articles about China, providing a fuller picture than Western news outlets, which they said often portrayed China as a monolithic threat.

“I don’t think there should be an expectation that if you’re in America, you shouldn’t be consuming news from back home,” said Tianyu Fang, a Beijing native who is a freshman at Stanford University. “That is cruel and condescending.”

Xing Lu, a professor emeritus in the College of Communication at DePaul University in Chicago, immigrated to the United States in 1987 from China. Early on, she often felt embarrassed at work when she was unable to understand why her American colleagues would laugh at certain jokes.

WeChat, she said, eased her sense of isolation. It became a virtual home where she and other Chinese immigrants could plan parties and share stories about their children.

She has fought in WeChat groups with friends and former classmates about their views of Xi and Trump. Eventually, she said, like-minded friends would form new subgroups to discuss politics, which silenced the fighting in the main group.

“We are trying to acculturate into American society, and WeChat provides this bridge for us to empower one another,” Lu said. “I know the U.S. government has its own reasons to remove WeChat, but it’s still a loss for the Chinese community.”