Watch: We urge US to abide by one-China principle, says China 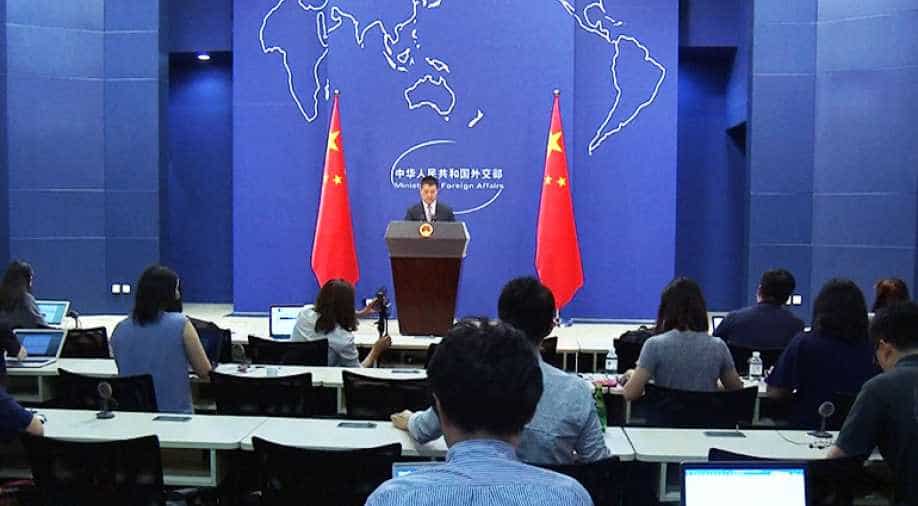 China urges the United States to abide by the one-China policy and not to make inappropriate remarks on relations between China and other countries, said the foreign ministry on Friday. Photograph:(Reuters)
Follow Us

In February, US President Trump had called President Xi to convey that he will honour the one-China policy

China today expressed strong dissatisfaction against the US for going against the One-China policy urging it to abid by the policy set in motion in 1979.

"We urge the United States to abide by the one-China principle, the regulations and relevant commitments made in the Three Sino-US joint communiques," China's ministry of foreign affairs said, adding," I don't understand why the United States prevents other countries from recognizing the one-China principle and normalizing their relations with China."

The foreign ministry cited a 1979 communique signed between to two countries to assert that "one-China principle had won recognition and support from the international community."

"We urge it not to point fingers or make inappropriate remarks on other countries for developing relations with China, and not to interfere in Chinese internal affairs concerning cross-Strait ties," the foreign ministry said.

Even before taking office officially, Trump after winning the US election had called Taiwan's President Tsai Ing-wen which infuriated China.

China considers Taiwan as a breakaway province since 1949 when the Chinese republic had come into existence.

Although President Carter had restored ties with China in 1979, although China insisted the US sever ties with Taiwan but the Carter administration passed the Taiwan Relations Act ensuring ties with China urging both sides to pursue "constructive dialogue".

China recently conducted military drills near Taiwan Straits in what Beijing said was "designed to send a clear message to the island." Taiwan denounced the threats.

Ma Xiaoguang, spokesman for China’s Taiwan Affairs Office had said it would "foil any form of Taiwan independence separatist plots and moves and to defend the country’s sovereignty and territorial integrity."