We have nothing to do with it, says Putin on Belarus-Poland migrant crisis 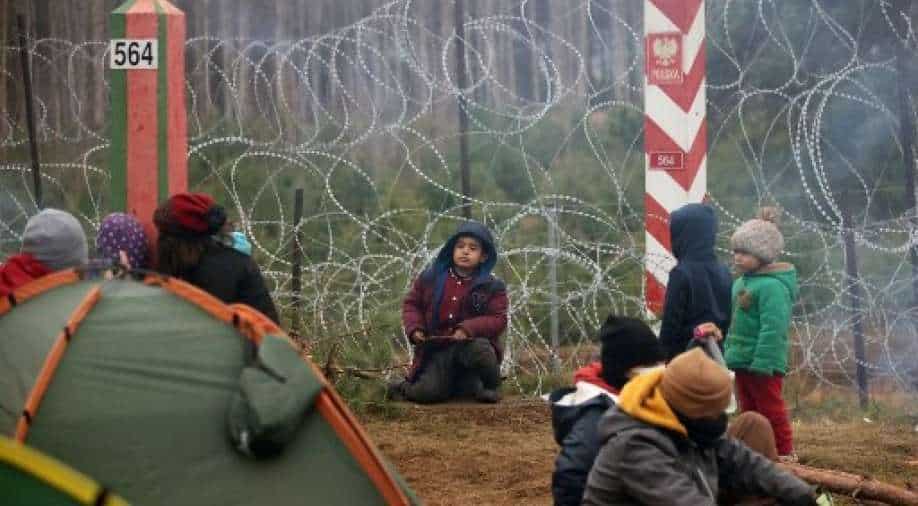 Children in a migrant camp on the Belarusian-Polish border Photograph:( AFP )

Russian President Putin said he hoped for a 'direct dialogue' between the European Union and Belarus President Lukashenko to resolve the migrant crisis.

President Putin said on Saturday that Russia has "nothing to do" with the migrant crisis at the Poland-Belarus border.

"Everybody is trying to make us responsible for something at every given opportunity," the Russian president lamented.

The Russian president hoped for a "direct dialogue" between the European Union and Belarus President Lukashenko. Putin said "as I understood" Chancellor Merkel and Lukashenko are willing to talk.

Putin added that Lukashenko hadn't spoken to him on the possibility of cutting gas supply to Europe while adding that "he didn't even hint".

The Russian president's comments come after Belarus and Russian troops conducted military drills with near Poland.

Belarus said the exercise was conducted due to the  "build-up of military activity" near the border.  Reports claimed two  Russian paratroopers were killed during the exercise after their parachutes malfunctioned.

EU has blamed Lukashenko for the migrant crisis as hundreds of people massed at the Polish border to gain entry into Europe as they were pushed back by Polish soldiers.

Kremlin spokesman Dmitry Peskov had earlier blamed the EU for the migrant problem asserting that it was "Europeans' reluctance to demonstrate commitment to their European values".

Kremlin dismissed Polish Prime Minister Mateusz Morawiecki comments who had said that Russia was behind the migrant crisis. The Kremlin said was "absolutely irresponsible" and "unacceptable".