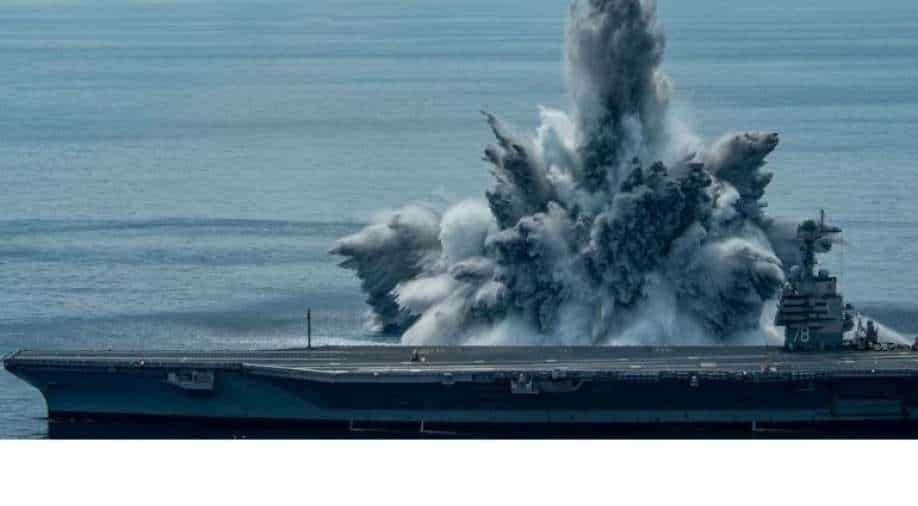 According to the US Navy, the USS Gerald R. Ford is the most advanced aircraft carrier capable of carrying out complex operations.

The first two trials had taken place in June and July as the US Navy officials tested the ship's ability to withstand shocks.

The US Navy had conducted similar exercises on USS Jackson and USS Milwaukee in 2016 also on the amphibious assault ship USS Wasp in 1990 and the guided-missile cruiser USS Mobile Bay in 1987.

USS Gerald R. Ford is the most advanced aircraft carrier in the US Navy. Ahead of the tests, the Navy had cleared the test area to ensure safety.

USS Ford will be returning to the Tidewater area for a six-month Planned Incremental Availability (PIA).

As the PIA begins, teams will conduct additional detailed inspections, assess any damage sustained during the shots, the Navy said in a statement.

The tests are complex evolutions conducted during a precise operating schedule in compliance with environmental mitigation requirements.

According to the US Navy, the USS Gerald R. Ford represents the first major design investment in aircraft carriers since the 1960s and has the ability to operate in complex maritime environment with the help of new technologies and a modern air wing.