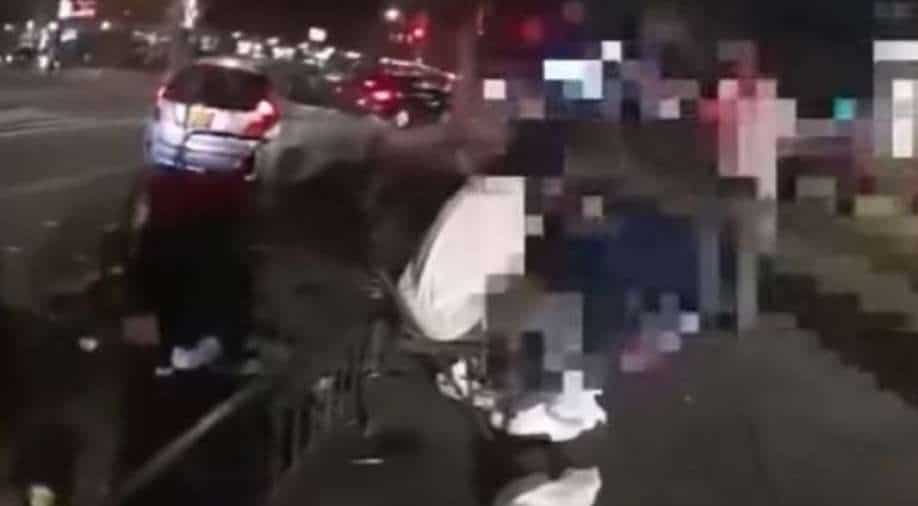 NYPD officer Ronald Kennedy has been praised by bosses for his quick thinking after placing the makeshift dressing over the man's wound. Photograph:( Twitter )

A New York City police officer used an empty potato chip bag and tape in a quick-thinking decision that saved the life of a stabbing victim.

A video from the United States has appeared online showing a New York cop using an empty chips packet and tape to keep a stabbing victim alive.

Before an ambulance arrived and took the man to the hospital, Officer Ronald Kennedy used the package and tape to stop the bleeding.

"Get me a bag of potato chips right now, Go in there and get me tape," Kennedy yelled to a bystander before dumping the snack on the pavement.

After responding to a reported stabbing in Harlem on July 7, the officer's unusual actions were filmed on a body cam.

Officer Ronald Kennedy of the New York Police Department has been complimented by his superiors for his fast thinking after applying the makeshift dressing to the man's wound.

The victim, a 28-year-old man, was stabbed in his torso, the department said.

The attending physician attributed the victim's survival to Kennedy's interventions, according to police.

The victim remained in critical but stable condition at the hospital.