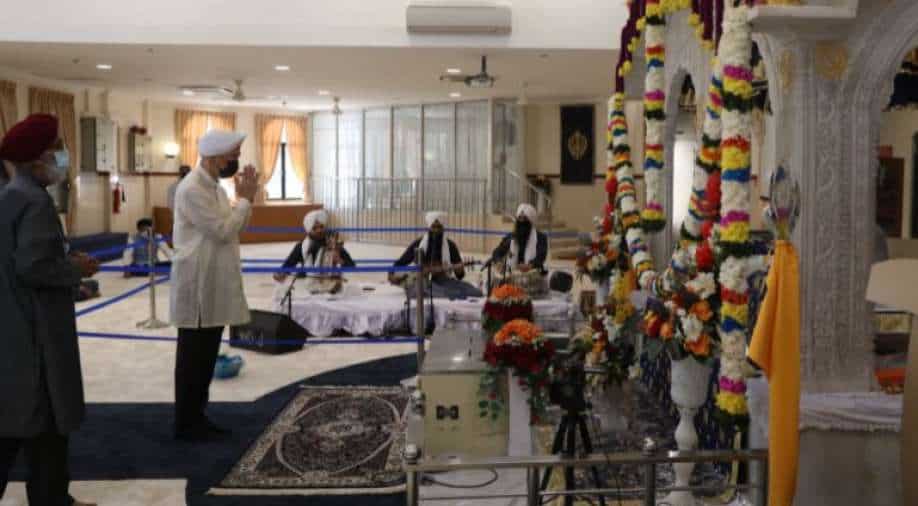 The Singapore PM's gesture has attracted praise from the Sikh community spread across the globe. Photograph:( Twitter )

Singapore Prime Minister Lee Hsien Loong stunned the Sikh community by wearing a turban to the inauguration ceremony of a renovated gurudwara.

Prime Minister Lee, who attended the opening event of the Silat Road Sikh Temple while wearing a white Sikh turban, also greeted the community members with a "Sat Sri Akaal."

He acknowledged the Sikh community's contribution to reducing the pandemic's disruptions while speaking at the event.

During this terrible time, he added, Singapore's gurdwaras rallied people to support those in need, regardless of race, religion, or origin.

Delighted to attend the inauguration of Silat Road Sikh Temple today after a prolonged renovation during the pandemic. Congratulations to the Sikh community on this momentous occasion! – LHL https://t.co/jH6Bkowe21 pic.twitter.com/XLQHatFeeE

According to the prime minister, the Silat Road gurdwara is a bright emblem in Singapore's multi-religious landscape.

On social media, a video of Loong wearing a white kurta and a turban while speaking to the Sikh community has gone viral.