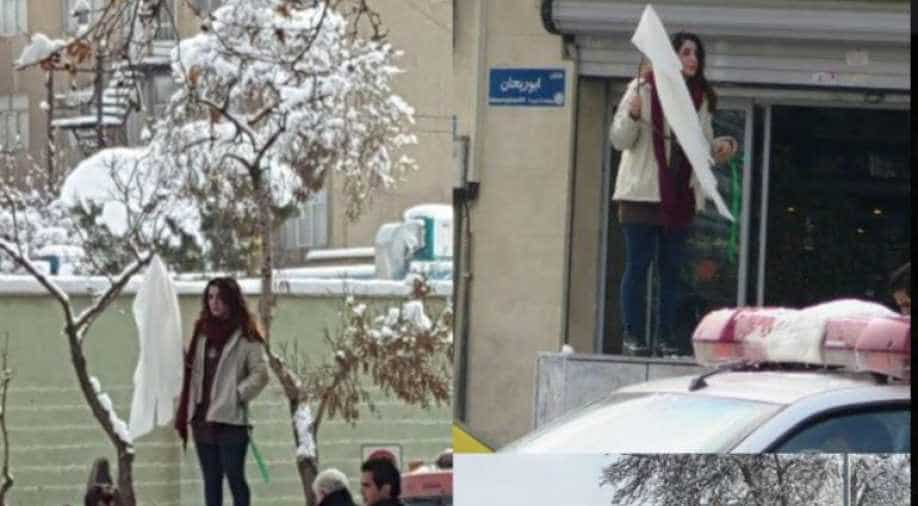 Police in Tehran arrested 29 women on Thursday after they came out in public without their headscarves as a protest against the dress code in force against Islamic revolution of 1979 escalate.

Women have been protesting for a while and have been climbing onto telecom boxes, standing on pavements and monuments, removing their headscarf and waving it outside.

The women who were arrested were accused of public order offences and were referred to the state prosecutor's office.

Thursday's arrests comes after at least six women were reportedly taken into custody in Tehran this week.

The protests have been happening for a long time but they have intensified since December last year after Iranian women as well as older women, men and even several clerics, have joined the movement and called for the law to be scrapped.

Chief prosecutor Mohammad Jafar Montazeri said that the escalating protests were trivial and childish which may be influenced by foreigners.

But even religiously conservative Iranians have voiced support for the protests, with many saying that religious rules should be a personal choice.

Women have increasingly flouted the Islamic republic’s clothing rules in recent years and often let their headscarves fall around their necks.

Morality police once rigidly enforced the rules, but are a much less common sight since President Hassan Rouhani came to power in 2013, promising greater civil liberties.

The protests appear to mirror that of a woman who stood in Tehran’s busy Enghelab (Revolution) Street in December without a headscarf and waving a white scarf on a stick.

Women and girls older than age 9 have been required to wear a headscarf and long, wide coats to conceal their hair and body since Iran's Islamic Revolution of 1979. Activists face jail sentences of several weeks for removing their headscarves.