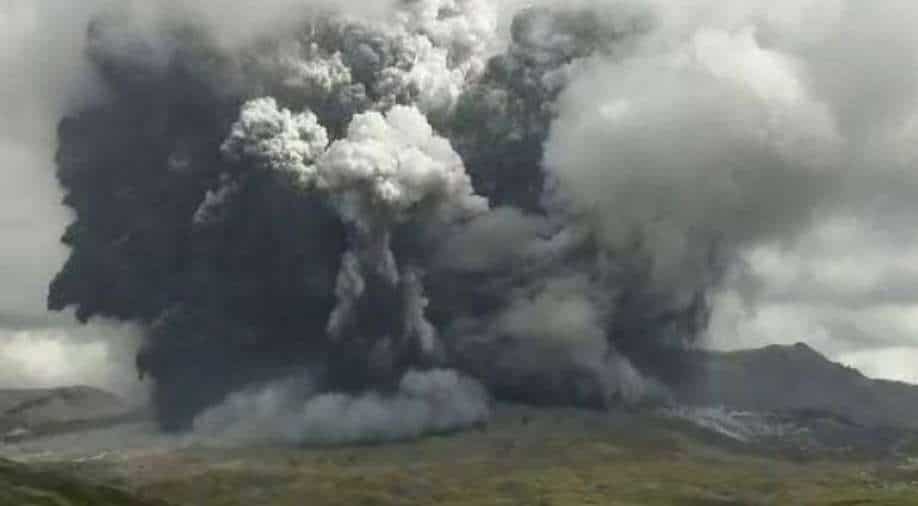 No injuries were reported as a result of the late-morning eruption. However, the Japan Meteorological Agency has raised the alert level for the volcano to three on a scale of five

On Wednesday, Mount Aso erupted, spewing ash thousands of meters into the sky as hikers rushed away from the popular tourist site.

No injuries were reported as a result of the late-morning eruption. However, the Japan Meteorological Agency has raised the alert level for the volcano to three on a scale of five.

Volcanic ash and hot gas were emitted as high as 3,500 metres (11,500 feet), people have been warned not to approach the volcano, authorities are checking if any hikers are trapped or hurt.

"Human lives are our priority and we are working with the Self Defence Forces, police and firefighters to effectively deal with the situation," Chief Cabinet Secretary Hirokazu Matsuno told reporters.

Tomoaki Ozaki, an official of the Japan Meteorological Agency, cautioned those near the mountain for large flying rocks and pyroclastic materials.

A televised press conference by Ozaki warned that even far-away areas should exercise caution due to the possibility of ash and pebbles being carried by the wind. He also said that toxic gases could have been released.

The last time the JMA raised its warning for Aso to the three-out-of-five level was when it erupted in 2016.

There has been an increase in volcanic activity there in the past few days, including a small eruption on Thursday.

Japan is one of the most volcanically active countries in the world.

The island lies on the so-called Pacific "Ring of Fire" where many of the planet's quakes and volcanic eruptions are recorded.