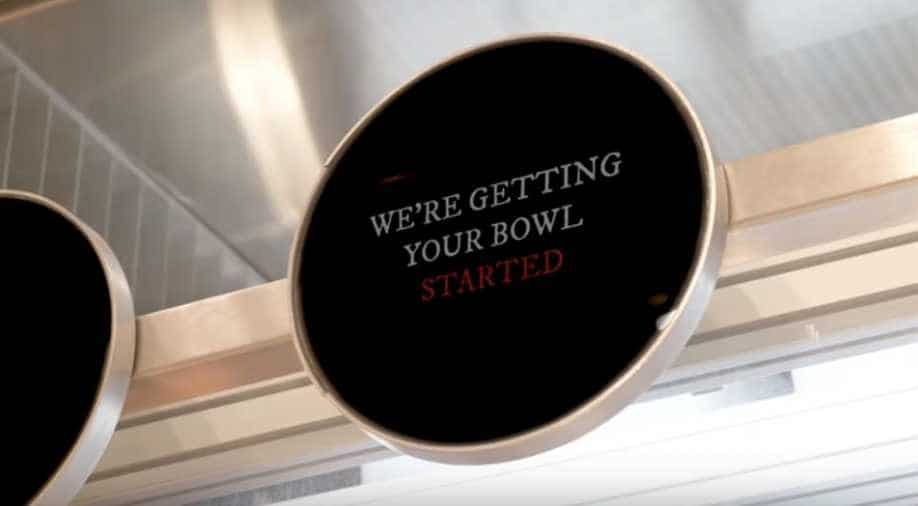 Image is a video grab from Spyce/Youtube Photograph:( Others )

Undeniably, the world is slowly been taken over by machines. A Boston-based restaurant proves the same by deploying a number of robots for whipping up meals.

A group of engineers from Massachusetts Institute of Technology (MIT) collaborated with Michelin-starred chef Daniel Boulud to bring to reality a one-of-a-kind restaurant that has replaced human staff with robots.

After the orders are collected, raw ingredients are portioned and dropped into a box from where the food items are transferred to seven robotic woks that further mix the ingredients and cook.

The cooking process roughly takes around 2-3 minutes. After the robots are done with cooking, they enter a wash cycle and prepare for the next batch. The restaurant, which is called Spyce, is described as "the world's first restaurant featuring a robotic kitchen that cooks complex meals".

The cost per meal starts from around $7. Co-founders note that as students they struggled to find decent meals at affordable prices. As robotics enthusiasts, they decided to work for creating meals that are cooked efficiently, quick to put together and affordable.

"We create a prototype that proved that we could build something that could create delicious food," Brady Knight, co-founder and lead electrical engineer noted.

"The robotic kitchen brings together precision, consistency, taste and also freshness to the preparation," shared Michelin-starred chef Daniel Boulud who also stated that he was thrilled and very curious about the project at first and immediately flew to Boston to meet the team.

The team has kept the menu simple, vegetable-centric involving rice, chicken, vegetables and spices. Induction-cooking is used as the mode to prepare the meals through a system that efficiently controls the temperature.