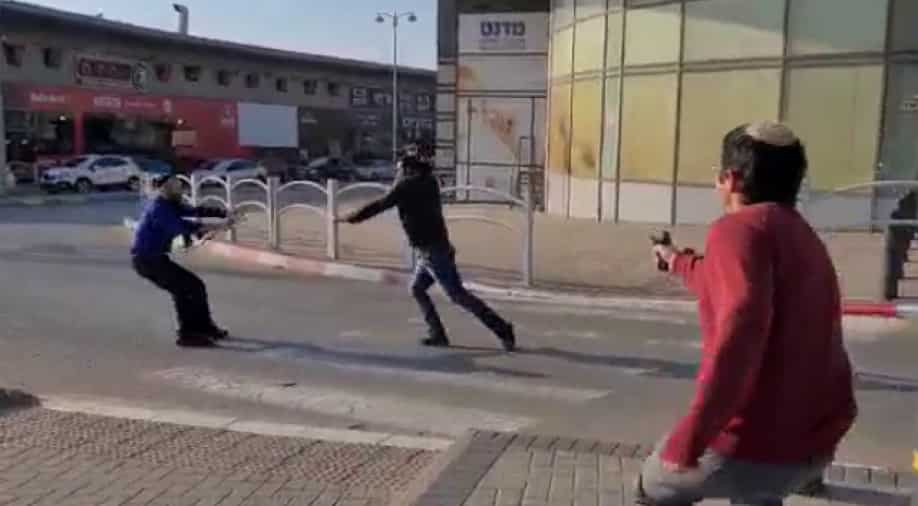 The attacker was shot by a bus driver and another passerby Photograph:( Twitter )

Four people were killed and several wounded in a knife attack outside a shopping mall in southern Israel city of Beersheba on Tuesday, according to local media reports.

The police are describing the incident as a suspected "terrorist attack".

"It appeared to be a single terrorist who went on a stabbing spree," police spokesman Eli Levy said on Tuesday on Channel 13 TV, TRT

"A civilian took the initiative and shot and killed him."

The stabber was identified as 34-year-old Mohammad Ghaleb Abu al-Qi’an, a former terror convict from the Bedouin town of Hura in the Negev, the Times of Israel newspaper reported.

Video shows the assailant who allegedly rammed and stabbed to death at least four people in Beersheba being shot by passersby.https://t.co/7cdCrMEXeU pic.twitter.com/gmuuQKrPrn

According to police, he first stabbed a woman to death at a nearby gas station in the southern city and then rammed his vehicle into a cyclist. The attacker then got out and stabbed several people at the BIG shopping centre.

The attacker was then shot by a bus driver and another passerby.

The cyclist and two of the stabbing victims at the mall later died of their wounds.

"One woman was pronounced dead, and four patients were conveyed to Soroka Hospital, two in critical condition, and two in moderate condition," the Magen David Adom emergency response organisation.

This is the third stabbing attack this week, according to Israeli media.

On Saturday, a 35-year-old man was stabbed and lightly wounded on Hebron Road near the First Station in Jerusalem.