Washington has been lucrative for some on Biden’s team 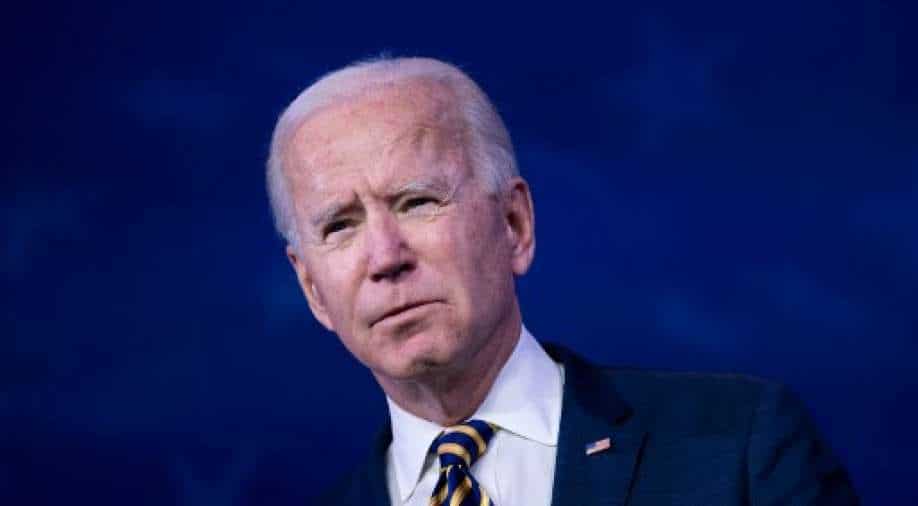 The filings by Biden’s team offer another glimpse of Washington’s longtime revolving door. Officials whose parties have lost power monetize their insider expertise and connections in the private sector, then head back into government when their party retakes the White House

President-elect Joe Biden’s choice for Treasury secretary, Janet L. Yellen, collected more than $7 million in speaking fees over the past two years from major corporations and Wall Street banks that have a keen interest in the financial policies she will oversee after her expected confirmation to lead the Treasury Department.

Yellen’s paid speaking appearances — which included $992,000 from investment bank Citi for nine appearances — were among the lucrative payments from a range of Wall Street, Big Tech and corporate interests to three prominent prospective members of the incoming Biden administration.

The payments, revealed in disclosure statements covering the previous two years and released on New Year’s Eve, have caused consternation among progressive activists concerned about the influence of special interests around Biden, who they see as part of a Democratic establishment that has not sufficiently embraced liberal priorities.

Biden’s choice for director of national intelligence, Avril Haines, was paid $180,000 to consult for data-mining company Palantir, which has raised liberal hackles for providing data and surveillance services to law enforcement, including U.S. Immigration and Customs Enforcement.

Along with their disclosure statements, Yellen, Blinken and Haines each filed ethics agreements pledging to avoid involvement in specific matters that could affect any holding they still own, or with which they had worked in the past year, unless they receive a written waiver from ethics officials.

The three may have to extend the conflict of interest window beyond a year if Biden enacts an expected ethics policy barring officials in his administration from participating for two years in policies that could affect their former business interests.

Yellen and Blinken also indicated they would divest their interests in companies, including stock owned by Yellen in major corporations such as AT&amp;T, ConocoPhillips, Dow, Pfizer and Raytheon. Blinken said he would sell his stake in WestExec Advisors as well as a venture capital firm linked to it.

Blinken indicated in his disclosure filing that those stakes are worth a total of $1.5 million to $6 million.

David Segal, the executive director of the progressive group Demand Progress, said that he still had concerns even though the officials had pledged to abide by conflict of interest rules.

“There are almost too many corporate clients to count who have relationships to the respective ambits these designees would steward if confirmed,” he said, adding that “this is an unfortunate circumstance,” particularly as Biden strives to strike a difference between his administration and President Donald Trump’s.

In the Trump administration, representatives from corporate America and Wall Street held prominent posts, and conflicts of interest abounded.

The filings by Biden’s team offer another glimpse of Washington’s longtime revolving door. Officials whose parties have lost power monetize their insider expertise and connections in the private sector, then head back into government when their party retakes the White House.

Yellen, a former Federal Reserve chair, started giving paid speeches in February 2018, which was within a year of the conclusion of her term at the Fed. She was also a consultant to Magellan Financial Group Ltd., an Australia-based investment fund manager, which paid her $125,000.

Haines left her position as deputy national security adviser to President Barack Obama at the end of his term in 2017, and within about six months she was working as a consultant for Palantir. When Haines joined Biden’s transition team over the summer, a spokesperson sought to distance her from Palantir’s data collection and surveillance, saying that the vast majority of her work for the company was related to diversity and inclusion.

The biggest share of Haines’ income came from Columbia University, which paid her more than $440,000 to help run an international research project and to lecture at the university’s law school. She also was paid $150,000 to consult for the applied physics lab at Johns Hopkins University, and nearly $55,000 to consult and make introductions for WestExec Advisors, the firm Blinken helped found.

The firm, which takes its name from the small street that runs between the West Wing of the White House and the Eisenhower Executive Office Building, was hired by clients looking for advice in navigating the federal government. The firm also paired with venture capital funds that helped companies it advised expand to take on federal contracts or other new work.

WestExec said in a statement after Blinken emerged as the likely secretary of state pick that he helped business leaders “make the best decisions in a complex and volatile international landscape.”

Blinken also publicly defended tech companies, while Facebook was a client of WestExec. When tech companies came under fire for failing to adequately fight disinformation during the 2016 election — including Facebook posts that were part of a Russian effort to boost Trump’s presidential campaign — Blinken said the blame should be directed primarily at Russia.

Tech platforms “have to do better to defend against malicious actors, but let’s not lose sight of the forest for the trees: The problem is Russia and other actors who use our openness against us, not the platforms,” Blinken said in an interview with Fast Company published in October 2017. “The biggest mistake we can make is to get into a circular firing squad with government and the tech companies,” Blinken told the publication, which identified him as an adviser to both Facebook and Alphabet, the parent company of Google.

José Castañeda, a Google spokesperson, said that the company hired WestExec for one month in 2018 to provide advice on tech policy, but added that the advice was “provided by others in the firm, not by Mr. Blinken.”

In 2009, Obama prohibited all of his appointees from participating for two years in “any particular matter” as a government official that “directly and substantially” related to a former employer or former client, including a federal regulation that might affect the former client.

Biden has not yet released details on what type of restrictions he will impose on his political appointees.