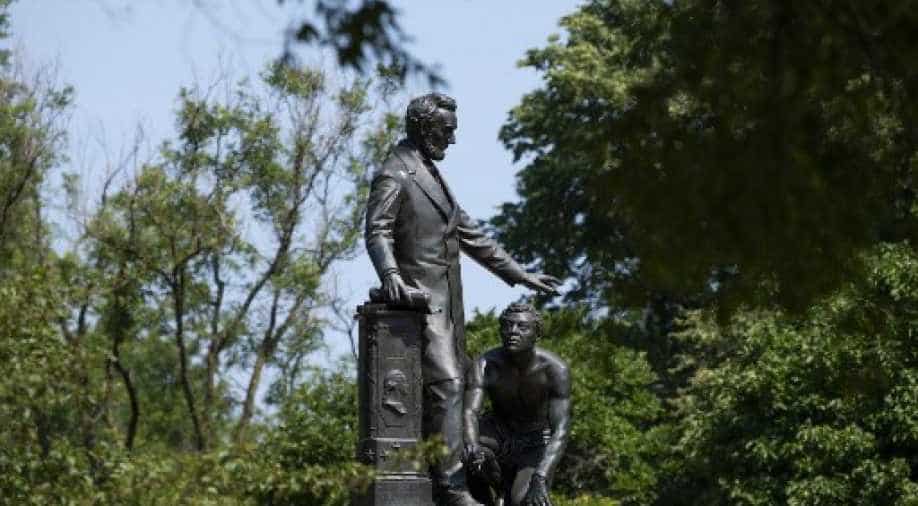 The statue of former president Thomas Jefferson who had drawn up the US Declaration of Independence was vandalised. He allegedly owned slaves.

Eleanor Holmes Norton, Washington, D.C.’s congressional delegate, said on Tuesday that she will introduce legislation to remove the statue of Abraham Lincoln from Lincoln Park on Capitol Hill.

The Lincoln Park "Emancipation" statue has become a target of Black Lives Matter protesters with demonstrations gripping America in the wake of George Floyd's killing by a Minneapolis cop on May 25.

Last week, protesters had torn down a statue of Confederate general Albert Pike in the capital and set it on fire. Donald Trump said that "these people should be immediately arrested" while saying that the D.C. police was not "doing their job as they watch a statue be ripped down & burn".

“Although formerly enslaved Americans paid for this statue to be built in 1876, the design and sculpting process was done without their input and it shows,” Holmes Norton said, adding, "The statue fails to note in any way how enslaved African Americans pushed for their own emancipation.”

Protesters had vowed to remove the statue at Lincoln Park as demonstrators tried to topple the statue of former president Andrew Jackson. Statues in the United States have come under the scrutiny of the Black Live Matter movement with several being targeted. The statue of former president Thomas Jefferson who had drawn up the US Declaration of Independence was vandalised. He allegedly owned slaves.

New York is set to remove a statue of former president Theodore Roosevelt from the entrance of the American Museum of Natural History as it shows the former US president on horseback with a black man and a native American man on foot.

Protesters have mainly targeted statues of Confederate States during the American Civil War, which pitted the pro-slavery South against anti-slavery North in the United States as the statue of Jefferson Davis, the president of the Confederate States was stuck down by protesters in Virginia.