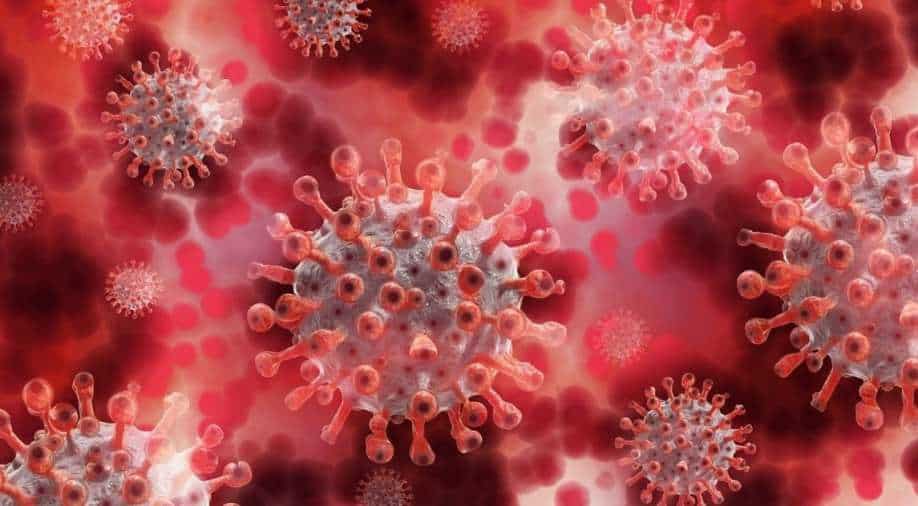 This is a representative image for a report on 'NeoCoV'. Photograph:( Others )

After a briefing on NeoCoV, experts from the Russian State Virology and Biotechnology Research Center issued a statement

As the world continues to battle the ongoing pandemic, Chinese scientists from Wuhan have issued a warning against a new variant of coronavirus named NeoCoV, which is said to be more lethal with a higher infection rate.

As per a report by the Russian news agency Sputnik - published by several media outlets, the NeoCov variant was discovered in South Africa and it is claimed to be related to the respiratory syndrome MERS-COV.

However, NeoCov is not entirely new because it is linked to the MERS-CoV virus and its outbreaks were previously discovered in the Middle Eastern countries in 2012 and 2015.

Chinese researchers weighed in on the mortality rate stating that 'one in every three infected person dies', highlighting the higher death rate.

Analysing the study, the tendency of NeoCoV appears to be similar to the SARS-CoV-2, which causes COVID-19 in humans. Scientists have said that NeoCoV was discovered in a bat population.

However, an unpeered study published on the bioRxiv website, mentioned that NeoCoV and its close relative PDF-2180-CoV can infect humans.

A part of the published report read: "Middle East Respiratory Syndrome coronavirus (MERS-CoV) and several bat coronaviruses employ Dipeptidyl peptidase-4 (DPP4) as their functional receptors. However, the receptor for NeoCoV, the closest MERS-CoV relative yet discovered in bats, remains enigmatic."

"In this study, we unexpectedly found that NeoCoV and its close relative, PDF-2180-CoV, can efficiently use some types of bat Angiotensin-converting enzyme 2 (ACE2) and, less favorably, human ACE2 for entry," it added.

ALSO READ | Explainer: What is the new 'stealth Omicron'?

After a briefing on NeoCoV, experts from the Russian State Virology and Biotechnology Research Center issued a statement on Thursday (January 27).

As quoted by media reports, it stated: "The Vector research centre is aware of the data obtained by Chinese researchers on the NeoCoV coronavirus. At the moment, the issue is not the emergence of a new coronavirus capable of actively spreading among humans."

The experts have warned against the potential risks, mentioning that further study and investigation are needed to understand the immune escape.

Of late, coronavirus cases have seen a spike globally after the emergence of the 'variant of concern' Omicron.

And more information and inputs are needed to establish a concrete report on NeoCoV.

Although there is no official statement from World Health Organization (WHO), but the global health body was quoted by Russian news agency TASS as saying that the claim requires further study.

The organisation told TASS: "Whether the virus detected in the study will pose a risk for humans will require further study."

It also added that it "works closely" with the World Organization for Animal Health (OIE), the Food and Agriculture Organization (FAO) and the UN Environment Program (UNEP) to "monitor and respond to the threat of emerging zoonotic viruses."