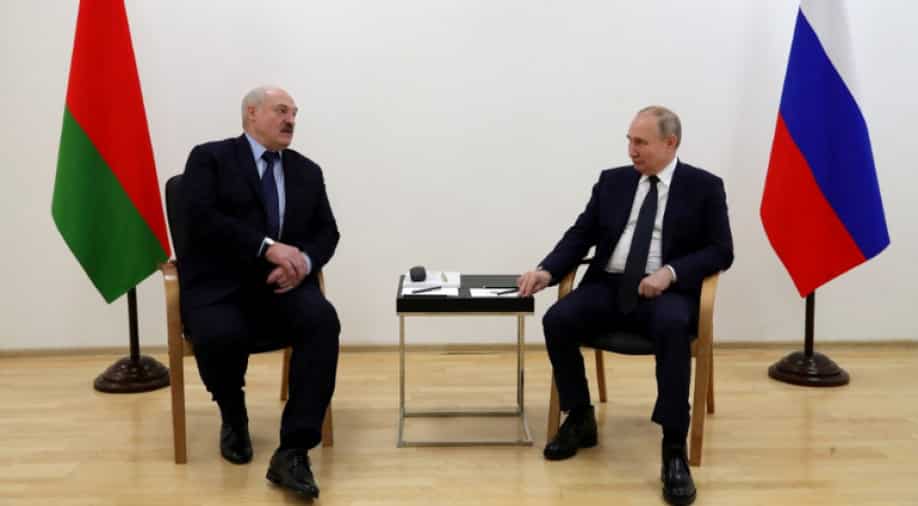 Russia's President Vladimir Putin (R) speaks with Belarus President Alexander Lukashenko during their talks at the engineering building of the technical complex of the Soyuz-2 space rocket complex at the Vostochny Cosmodrome, some 180 km north of Blagoveschensk, Amur region Photograph:( AFP )

According to Putin, Russia plans on launching a probe called Luna-25 to the moon in the third quarter of this year

Recalling Soviet successes in space, Putin said “it’s certainly impossible to isolate anyone in the world of today, especially such a huge country as Russia.”

He was referring to NASA which is boycotting Russian space agency Roscosmos after Russia's invasion of Ukraine.

Putin added that “we will work with those of our partners who want to cooperate.”

He said Russia will deepen cooperation with Belarus on space infrastructure and technology. Roskosmos is going to train a Belarusian for flight on a Russian spacecraft.

According to Putin, Russia plans on launching a probe called Luna-25 to the moon in the third quarter of this year.

Russia continues to redeploy its forces for a push on eastern Ukraine, and fighting is expected to intensify there over the next two to three weeks as per Britain’s defence ministry.

It says Russian forces are withdrawing from Belarus in order to redeploy in support of operations in eastern Ukraine.