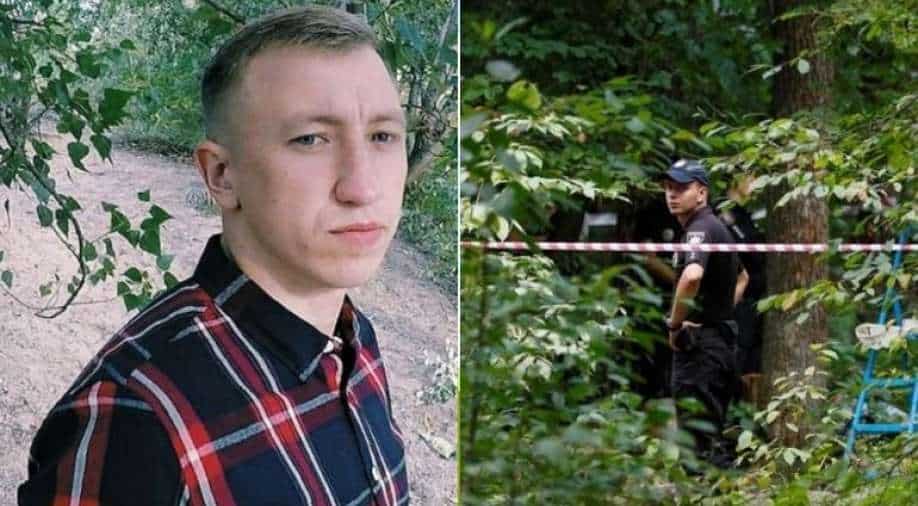 Vitaly Shishov (left) and a view of the site where he was found dead in Kyiv. Photograph:( Twitter )

Vitaly Shishov, who led a Kyiv-based organisation that helps Belarusians fleeing persecution, had been reported missing by his partner on Monday after not returning home from a run.

Ukrainian police said a Belarusian activist was found dead in a park near his house in Kyiv early Tuesday, a day after he was reported missing.

Vitaly Shishov, the director of a Kyiv-based group that assists Belarusians escape persecution, was reported missing by his girlfriend on Monday after failing to come home after a run.

According to Ukraine's National Police, "He was found hanged today in one of Kiev's parks, not far from his place of residence.Vitaly's mobile phone and personal belongings were removed from the scene. "

According to the statement, police have opened a criminal investigation into the alleged "premeditated murder" and will look into all options, including the potential that it was "murder disguised as suicide."

According to its website, Shishov managed the Belarusian House in Ukraine (BDU) initiative, which assists Belarusians in finding housing, jobs, and legal guidance.

Shishov has felt under continual monitoring since leaving Belarus last year after participating in anti-government rallies, according to his BDU colleagues.

He had been warned about potential dangers, such as being abducted or assassinated, but he had responded "stoically and with amusement" to such warnings.

Anti-government protestors have been labelled by Belarusian authorities as criminals or violent revolutionaries sponsored by the West.