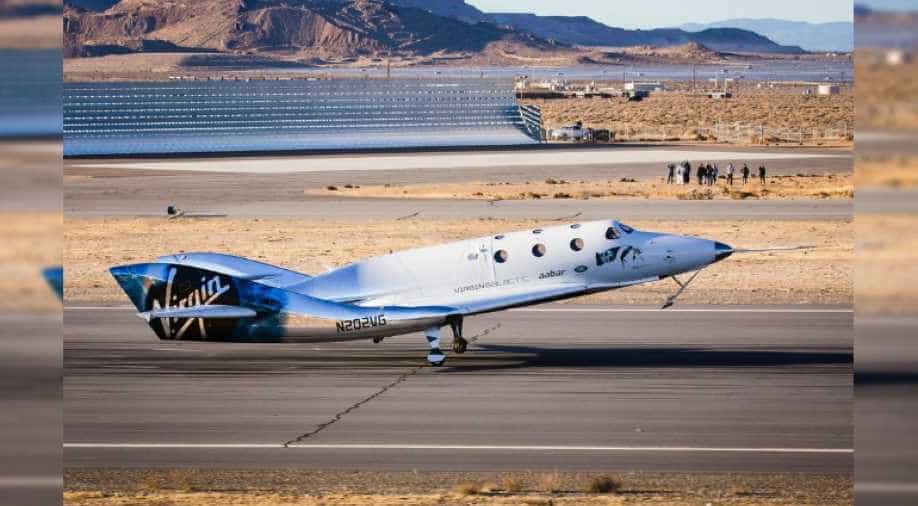 Virgin Galactic's SpaceShipTwo took off from California's Mojave desert Thursday night. It was headed for space but fell about 20 kilometres short.

SpaceShipTwo was carried by another plane, the WhiteKnightTwo, up to a height of nine miles. (Commercial airplanes typically fly at an altitude of about six miles

From there, SpaceShipTwo detached itself from WhiteKnightTwo, ignite its engines and headed for a height of 62 miles or 100 kilometres where space is said to begin.

SpaceShipTwo's rocket motor burnt for 60 seconds, in which time it hit a top speed of Mach 2.9 (or 2.9 times the speed of sound) — but it fell just short of space.

Lovely shot of takeoff! WhiteKnightTwo and SpaceShipTwo take to the skies pic.twitter.com/JFcSDVB9jR

Virgin Galactic is owned by Sir Richard Branson, who is competing with Tesla's Elon Musk and Amazon's Jeff Bezos to send the first commercial passengers into space.

In July, after burning its rocket motor for 42 seconds, Virgin Galactic's VSS Unity reached a height of 32 miles, a part of the atmosphere called the mesosphere.

The VSS Unity reached a top speed of over 1,530 miles per hour, or beyond Mach 2.

"Overall the goal of this flight is to fly higher and faster than previous flights," a statement from Virgin Galactic said.

"If all goes to plan our pilots will experience an extended period of micro-gravity as VSS Unity coasts to apogee, although -- being pilots -- they will remain securely strapped in throughout."

Virgin's first commerical flight date has been pushed back multiple times, following a test flight accident that killed a co-pilot in 2014.

Branson told CNN in November he hoped to send people to space "before Christmas."