Viral Video: Youtuber gets frustrated, burns down his own Mercedes 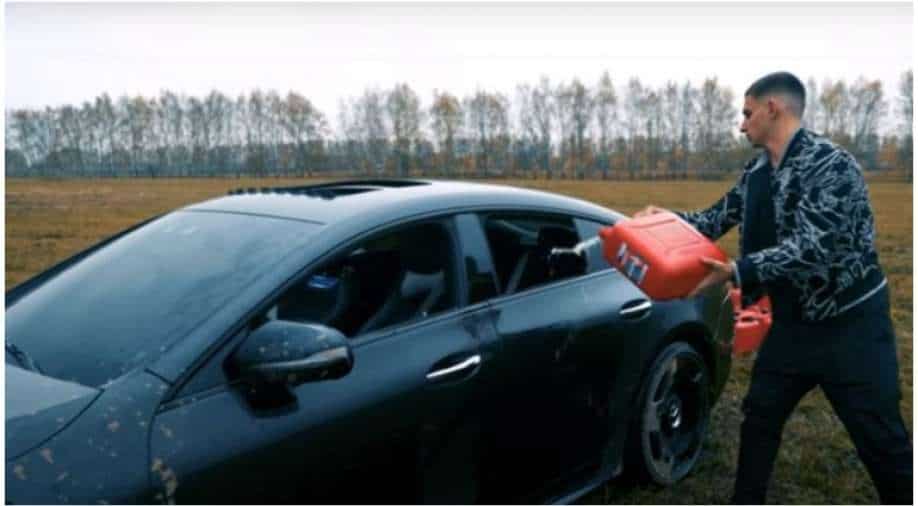 Mikhail Litvin burnt his Mercedes worth more than USD 350,000 just out of frustration. He recorded the entire thing and posted it on his Youtube

What all have you done when you were frustrated like it was the end of the world? banged your fist on the wall? Broken a coffee mug? For majority of us, things like these are the extent of expressing frustration. Then there are those who crave a higher high as mundane ways of protest doesn't really vent their frustration effectively. Person at the centre of this story is one such type.

The guy is a Youtuber, and he burnt his Mercedes worth more than USD 350,000 just out of frustration. He recorded the entire thing and posted it on his Youtube

According to Motor1.com , Mikhail Litvin is a Russian vlogger was having hard time with his Mercedes-AMG GT 63 S.

As per reports, the luxury car was not working properly and broke down constantly. Litvin had purchased the car from the official dealer. But it broke down constantly, Litvin took it to the dealer many times. It was repaired by him but only to break down again. Each time, the dealer kept the car for many days and could not provide a lasting solution.

Litvin was aghast and decided to do the unthinkable. He burnt his car and posted the video.

The video opens with Litvin driving the car into an open clearing. The car indeed looks marvellous. Litvin, himself clad in smart clothes, comes out of the car. Before we can predict whats's going to happen in the video, he takes out gasoline cans from the boot of the car and pours gasoline on it.

The car goes up in fire with Mikhael Litvin showing a nonchalant face.

I can't even afford to burn my bicycle like this," a viewer has commented. Another has opined that the ad revenue from so many views will let Litvin buy another Mercedes.